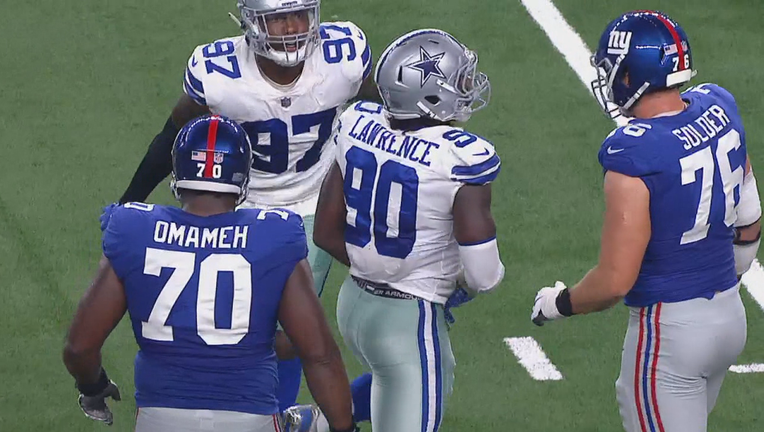 DALLAS - Some NFL players said they don’t feel safe reporting to training camp next week. The league has not finalized plans for how it will play safely during the pandemic.

The league and the unions are still negotiating the health and safety plan as players get ready to return as early as Monday.

Many of the prominent stars in the NFL are voicing their concerns using the hashtag #WeWantToPlay.

“If the NFL doesn’t do their part to keep players healthy there is no football in 2020. It’s that simple,” New Orleans Saints quarterback Drew Brees tweeted.

“I refuse to put my pregnant wife/family at risk without understanding exactly what the plan for our safety and wellbeing will be,” Cowboys linebacker DeMarcus Lawrence wrote.

Another Cowboys linebacker Jaylon Smith wrote that players just want to be safe and for their families to be safe.

Kansas City quarterback and Super Bowl MVP Patrick Mahomes said he is “getting ready to report this week hoping the NFL will come to an agreement with the safe and right protocols so we can feel protected while playing the sport we love.”

A committee made up of doctor, trainers and strength coaches formed by the NFL and the player’s association recommended every other day.

The league plans to cut the exhibition scheduled from four games to two. The union wants none.

Players are asking for a 45-day acclimation period to help avoid injuries.

There are also still questions over what happens if an athlete opts out of playing.

Rookies go to camp Monday or Tuesday. All players are scheduled to report by July 28.