Mavs head into Game 2 in playoff series vs Clippers

The Dallas Mavericks hope to make it 2-0 in their playoff series against the Los Angeles Clippers Tuesday night. Radio and TV analyst Jeff Skin Wade joined Good Day to talk about the game.

The team plays the Clippers after winning Game 1 convincingly Saturday.

Luka Doncic had a triple-double, double-digit points, rebounds and assists.

But forward Maxi Kleber is listed as questionable Tuesday night with a sore Achilles tendon. 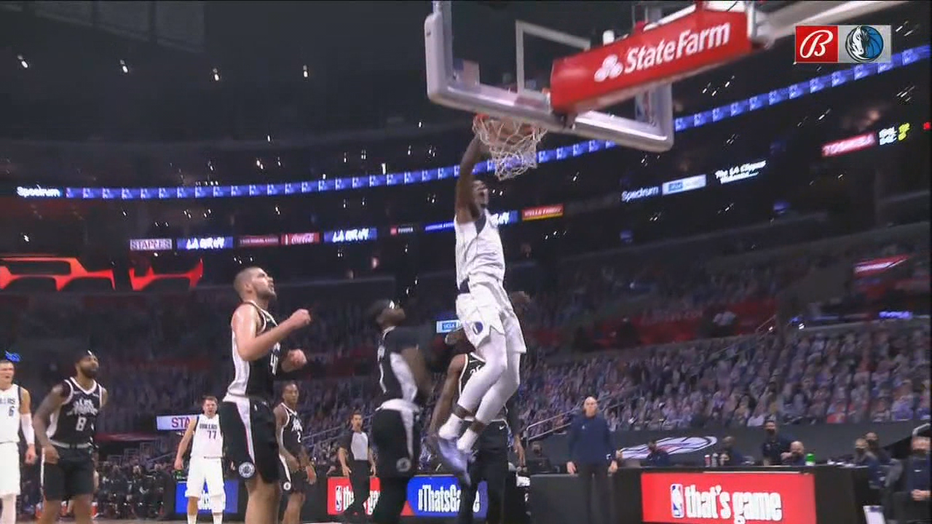 Sports guy Brian Dameris from The Ticket radio said that could impact the team’s defensive strategy against the Clippers.

"They shoot well on the corners. They shoot over 47% from the corners, 11% of all their shots," he said. "The Mavs know those numbers. They play a defense, rotate it and closed out on those and denied some shots before they even got taken and really made the shots that they did take really difficult."

Saturday was the first time in 10 years the Mavs have won a game in a playoff series.

After Tuesday’s road game, the series comes to Dallas for Games 3 and 4.

About 15,000 fans will be allowed inside the American Airlines Center to watch.