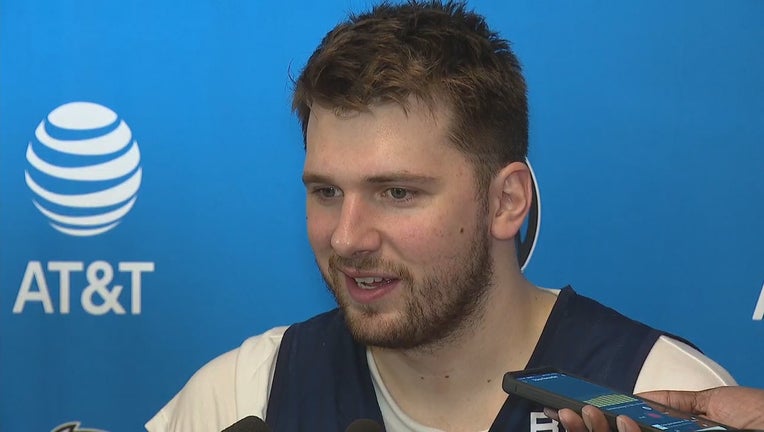 Officially on the roster, he’s "questionable" for Game 3.

The Mavs play the Utah Jazz Thursday night in Salt Lake City in their best of seven game playoff series.

Doncic said he wants to play but knows he cannot rush it.

"We shouldn't rush anything. But going step by step I think I'm improving a lot and I'm getting ready. It's the toughest thing ever. You know, the playoff basketball is so fun, playing home, especially home with the crowd. Just sitting out and watching the games. It's way more stressful than playing the game. I don't know how but it is. I just miss basketball. I know it’s only been two games, but I miss it so much," he said.

The Mavs and Jazz are tied at one game each.

If not Thursday night, Dallas is optimistic that Doncic can return for Game 4 Saturday also in Utah.