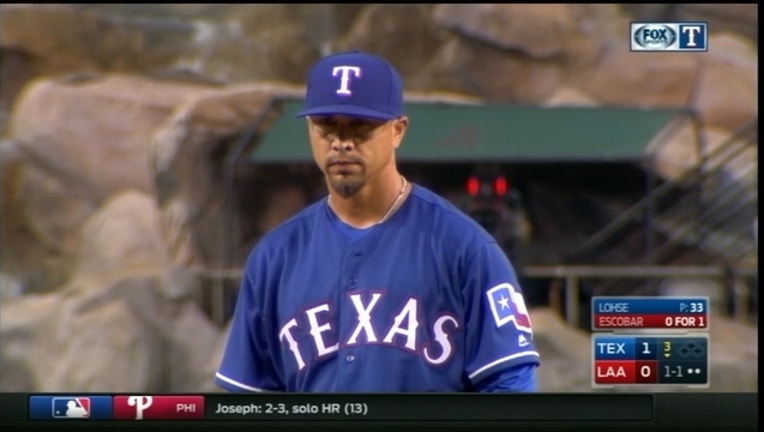 ARLINGTON, Texas (AP) — Kyle Lohse has been designated for assignment by the Texas Rangers after only two starts.

The Rangers made the move Tuesday when Nick Martinez was recalled from Triple-A Round Rock to start that night's game against Oakland. Lohse has been the scheduled starter for the Rangers.

Lohse lost both his starts and had a 12.54 ERA for Texas since being called up just before the All-Star break. He allowed 15 hits and 13 runs in 9 1-3 innings with three strikeouts and five walks.

The 37-year-old right-hander had gone 2-5 with a 5.06 ERA in 10 starts for Round Rock after signing a minor league deal with Texas.

Martinez had been optioned to Round Rock when Lohse was brought up this month.