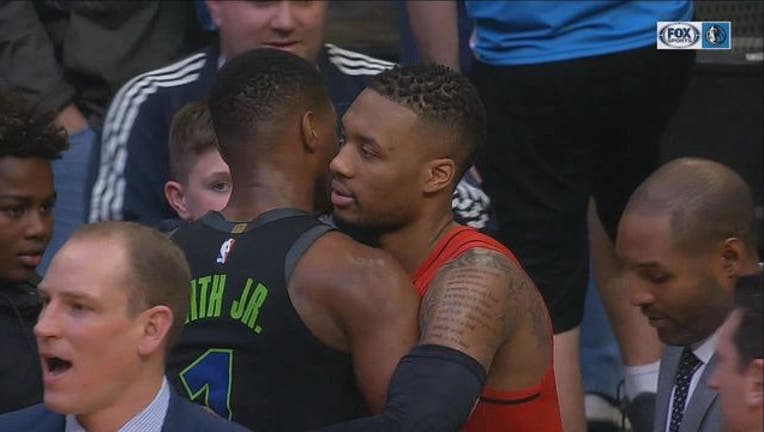 C.J. McCollum added 20 points and Jusuf Nurkic had 12 for the Trail Blazers (27-22), who have won four of their past five games - including two wins against the Mavericks. Ed Davis had 15 points and 13 rebounds off the bench.

Portland played without forward Evan Turner, who was out for personal reasons. Maurice Harkless started in his place and had five points in 17 minutes.

Harrison Barnes scored 21 points and Dennis Smith Jr. had 18 for the Mavericks (16-33) in the first game of a back-to-back. Dallas travels to Denver for a road contest Saturday.

The Trail Blazers led 52-44 at halftime and never trailed in the second half. Dallas was as close as two points - 65-63 - in the third quarter, but used a 20-4 run in the fourth quarter to put the game out of reach.

Mavericks: G Seth Curry still has yet to play this season due to a leg injury. Mavericks coach Rick Carlisle said Friday that he expects Curry to play this season, but doesn't know when. ... The Mavericks debuted their "City" Edition jersey, a black jersey with neon blue and green trim.

Mavericks: visit the Denver Nuggets on Saturday to complete a back-to-back.