ARLINGTON, Texas - Jerry Jones has his eyes on the Super Bowl, and he believes free agent wide receiver Odell Beckham Jr. could help the Cowboys get there.

Jones joined Good Day on Wednesday morning to discuss the team's partnership with the Salvation Army, but the conversation quickly turned to football.

After reassuring everyone that pass rusher Micah Parsons will be good to go on Thursday, Jones was asked about comments he made earlier this week calling the Cowboys Super Bowl contenders.

"You know, somebody's got to think about the Super Bowl, it might as well be me" Jones said. 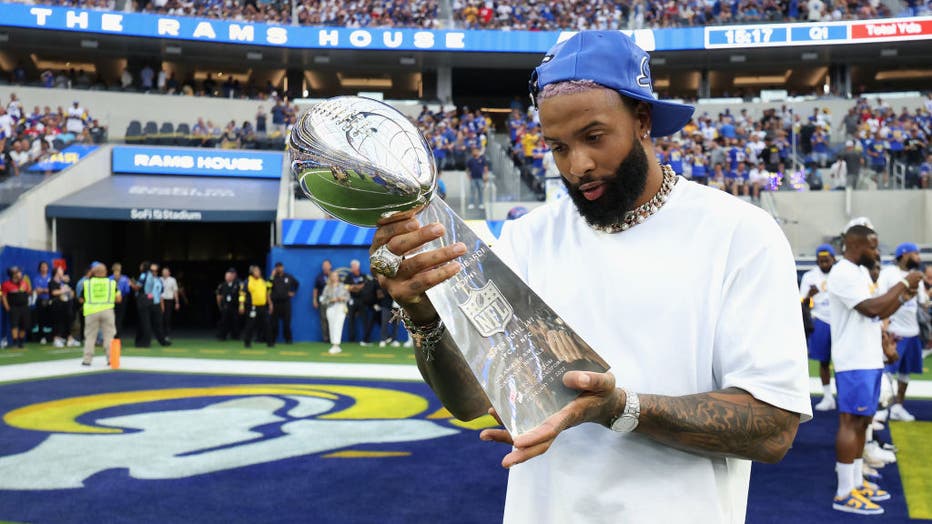 INGLEWOOD, CALIFORNIA - SEPTEMBER 08: Odell Beckham Jr. holds the Super Bowl LVI trophy before the NFL game between the Los Angeles Rams and the Buffalo Bills at SoFi Stadium on September 08, 2022 in Inglewood, California. (Photo by Harry How/Getty I

Then, unprompted, Jones started talking about the possibility of acquiring the star receiver.

"We're always looking for ways to improve, that's why we are looking at Beckham," Jones said. "That's a rare opportunity at this time of year. We've gotta look at it. We've got a team that deserves any chance they get to play at a level that can get us there."

Later in the morning, Jones was asked why he thinks this year's team is the one to break the franchise's Super Bowl drought.

"We had adversity, we lost Dak right off the bat. We were able to keep our balance. We kept winning games," Jones said. "Now we've got Dak back. Now we're getting healthier. Now we are beginning to have the maturation of this team. All of this speaks to a team that is getting ready, through trial and tribulation, to get into the playoffs and be ready to go."

The Cowboys are expected to meet with Beckham after Thanksgiving.

The star wide receiver is reportedly split between joining the Cowboys and the team that drafted him, the New York Giants.

The Cowboys and Giants square off on Thursday in a game you can watch at 3:30 p.m. on FOX 4.