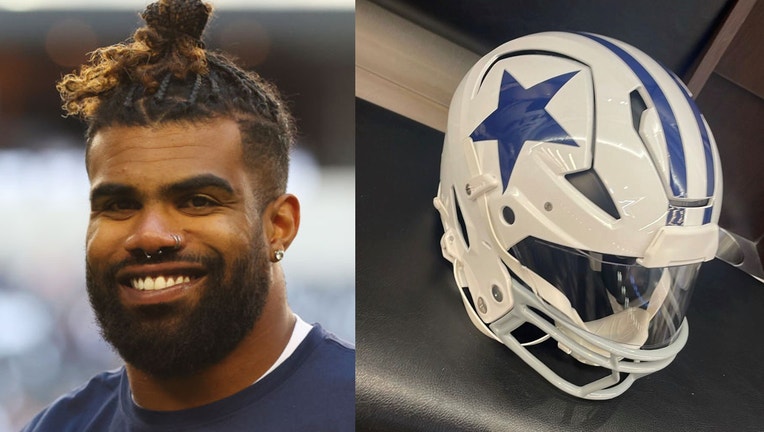 Elliott posted a photo of the helmet on Wednesday.

Dallas is scheduled to wear the uniforms on Thanksgiving, and released a video showing of a version of the helmet in July.

The Cowboys team Twitter account posted "C'mon bruhhhh" in response to a FOX Sports: NFL post about the helmets, tagging Elliott for letting the news slip.

The Cowboys are off this week, before heading to Green Bay to play the Packers on Nov. 13.

Dallas will reportedly wear the throwback look during the Thanksgiving game against the Giants.