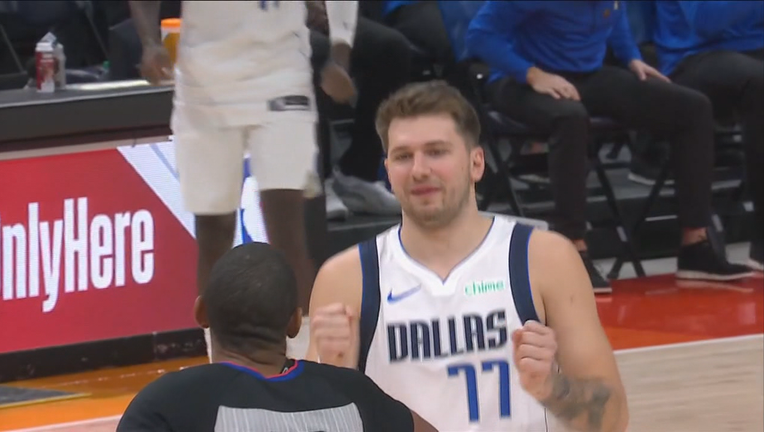 This time it was Bojan Bogdanovic’s time to shine.

Emerging from a shooting slump, Bogdanovic scored 17 of his season-high 32 points in the third quarter and the Jazz completed a sweep of the Dallas Mavericks with a 120-101 victory on Friday night to run their NBA-best winning streak to 11.

"Just this morning coaches said they want me to shoot more, to be aggressive, but it’s sometimes it’s hard when you’re struggling and you don’t see the ball getting through the net," Bogdanovic said. "I’m trying to be myself trying and be aggressive no matter what percentage I’m shooting."

Even without Donovan Mitchell, who missed his second game in the concussion protocol, the Jazz (15-4) had little resistance from the Mavericks as they posted their 10th win by double digits in their streak.

"This is a very special group. It starts with our stars, Rudy (Gobert) and Don, two of the most unselfish stars you’re going to find in the league, and that kind of just trickles down to every player on our roster. We just sacrifice for each other," said Mike Conley, who scored 22 points.

Luka Doncic scored 25 points and Jalen Brunson had 13 for the Mavericks (8-11), who have lost four in a row.

"Terrible … I would say right now it’s looking like we don’t care, honestly, if we win games or not. We just got to have more energy and more effort," Doncic said.

Joe Ingles hit back-to-back 3-pointers in the first quarter from nearly the same spot to pass Hall of Famer John Stockton, who had 845, and become the franchise leader in 3-point field goals made. The Jazz ran out to a 37-11 lead late in the period.

"They’re playing together," coach Quin Snyder said. "We obviously all realize the whole can be greater than the sum of the parts. Everybody wins when the guys are elevating one another."

Bogdanovic, who is shooting less than 37% beyond the arc after three straight seasons above 40, is finding his groove after offseason wrist surgery. He made a season-best seven 3-pointers on 11 attempts.

"It makes us a lot better when he’s aggressive like that," Conley said.

Morgan even made a pair of 3s as Utah’s long-range shooting comes from just about everyone but Gobert. The Jazz have made 319 3-pointers this season -- more than any team in NBA history through 19 games. The victory marked the fifth time Utah has made 20 3-pointers in a game.

Weakened by multiple injuries and virus absences this season, the Mavs acknowledged a lack of chemistry after Wednesday’s loss to Utah but also said they just aren’t playing hard enough. Again, the Mavericks were a step slower to loose balls and rebounds through the game.

"I thought we played harder. We just didn’t play well at the beginning. Look, the offensive rebounds they got -- that was a big, big problem. And that is attention to detail. That was not good," Dallas coach Rick Carlisle said.

The Jazz held the Mavericks to 3-of-19 shooting and a season-low 12 points in the first quarter. In one stretch, the Jazz stole the ball on three straight Dallas possessions.

By halftime, the Mavericks cut the lead to 61-45 on the strength of Doncic’s 17 first-half points.

Mavericks: The Mavericks held a lead for 19 seconds in this game after not leading at all in Wednesday’s game. … Kristaps Porzingis picked up his fifth foul early in the third quarter. … Dallas was outrebounded 56-40.

Jazz: Mitchell was announced as the recipient of the offseason NBA Cares Community Assist Award in recognition of his continued efforts to advance social justice and champion education. … Favors missed his second game with lower back soreness. … Gobert, who is barely making half his free throw attempts this season, made seven straight.