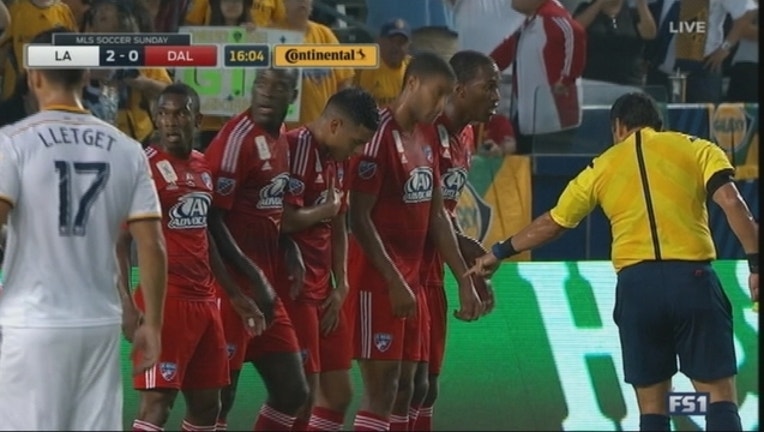 CARSON, Calif. (AP) -- Steven Gerrard scored his first goal since his MLS debut, and the LA Galaxy climbed atop the overall league standings with a 3-2 victory over FC Dallas on Sunday night.

Giovani Dos Santos and Robbie Keane scored in the first half before Gerrard connected in the 57th minute as the Galaxy ended their perplexing three-game scoreless stretch with a barrage of goals from their talent-laden roster. All three of the Galaxy's designated players scored in the same match for the first time.

The Galaxy (14-9-8) moved past Vancouver and the New York Red Bulls with 50 points in the Supporters' Shield race, but the Whitecaps, Red Bulls and FC Dallas all have games in hand on the defending MLS Cup champions.

Michael Barrios and Atiba Harris scored for FC Dallas (14-10-5), which began the night even with the Galaxy with 47 points. Dallas has lost two straight, but has two games in hand on the Galaxy.