North Texas is putting together a bid for the 2026 World Cup and hosted delegates to give tours of potential sites.

ARLINGTON, Texas - North Texas leaders tried to win over organizers of the 2026 Word Cup to hold some of the games of the wildly popular event here.

The region has a highly respected sports market with state-of-the-art facilities like AT&T Stadium in Arlington.

Representatives from FIFA toured the stadium Sunday to get a firsthand look at facility.

FIFA also wanted to determine what, if any, modifications would need to be made to the field.

The 2026 World Cup Series is a summer event spanning 35 days. 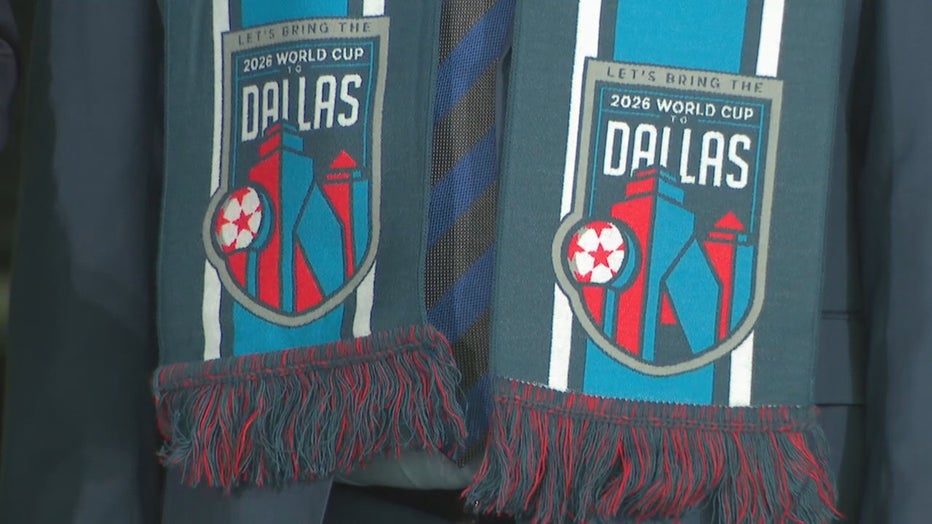 It would be an international move bringing with it thousands of jobs and visitors from around the world.

Hosting the series would also send fans to the Fort Worth Stockyards, Sundance Square, Fair Park in Dallas and the National Soccer Hall of Fame in Frisco.

"This is a once in a generation opportunity to create a lasting and positive legacy for North Texas through the world's most popular sport soccer," said Monica Paul, the executive director for the Dallas Sports Commission.

"We are honored and humbled to have this opportunity and we think we can show the world how great soccer fans are in North Texas," added Stephen Jones, the executive COO and vice president of the Dallas Cowboys.

Matches would be held across the United States, Mexico and Canada.

Dallas is looking to host either the semi-final or final match along with the international broadcaster center.

There’s a lot at stake. If all goes according to plan, the Dallas Sports Commission said the financial impact could be around $400 million.