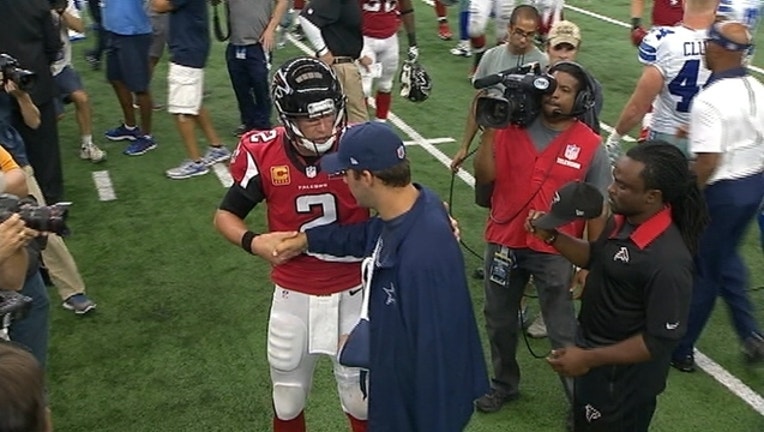 Freeman's third score early in the fourth quarter capped a rally from a trio of 14-point deficits for the Falcons (3-0), who didn't win their third game until Week 10 last year, and Week 13 in 2013.

Jones had his third straight 100-yard game to start the season, finishing with 164 and a clinching 2-yard score in the fourth quarter.

The Cowboys (2-1) had a six-game winning streak in the regular season snapped in backup quarterback Brandon Weeden's ninth straight loss as a starter.

Weeden completed his first 16 passes to start the season, but the run ended with a second-quarter interception that turned the game in the Falcons' favor.