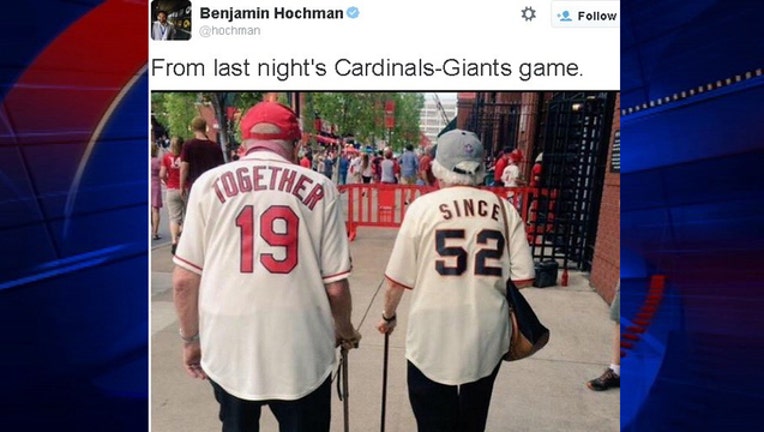 This photo shows true love in so many ways.

The viral snapshot shows an elderly couple walking to the Cardinals vs. Giants game at Busch Stadium on Monday.

Carol and Warren Reckmeyer wore opposing team jerseys – him in a St. Louis jersey and she in a San Fancisco one. But when walking side-by-side as they most likely often do, it reads, “Been Together Since 1952”.

According to WTVO, Warren is 92 and has been listening to Cardinals games since the 1930s.

The photo was posted to Twitter and has been shared thousands of times.