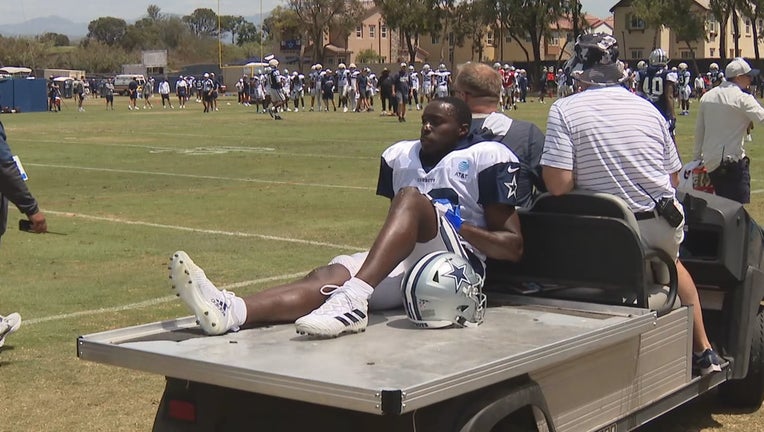 Receiver James Washington fractured a bone in his foot and had to be carted off the field. He will have surgery Tuesday and could be out for 10 weeks.

Washington signed with Dallas in the off-season after playing four years in Pittsburgh.

Dallas Cowboys named most valuable sports franchise in the world, per report

It’s a big blow to the Cowboys’ already thin receiver corps, but that’s what happens in practice as hard as the team tries to avoid it.

"This is close as we can get to playing games but in the same breath, we have to be smart. We can’t have things at the end of play put players in a position to get injured and things like that. So that’s what we talked about in the team meeting," said Coach Mike McCarthy.

The Cowboys’ number one option at receiver, Ceedee Lamb, is having a good camp.

Six-year veteran Noah Brown and rookie Jalen Tolbert are behind Lamb on the Cowboys’ depth chart.

Michael Gallup is recovering from knee surgery and is not expected to be ready when the season starts.