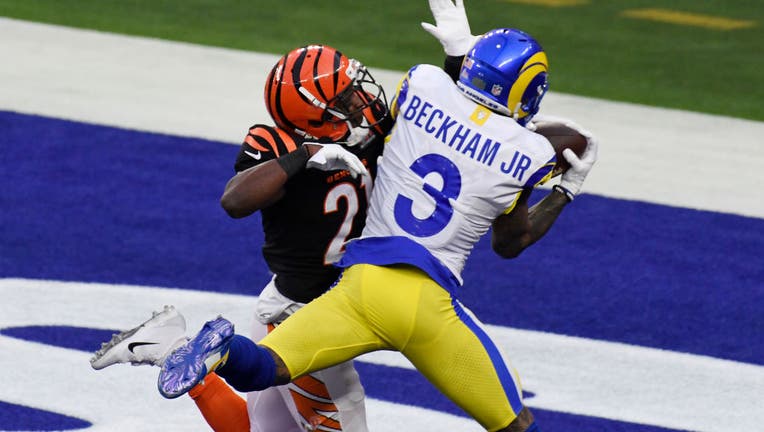 INGLEWOOD, CALIFORNIA - FEBRUARY 13: Odell Beckham Jr. #3 of the Los Angeles Rams catches a touchdown pass over Mike Hilton #21 of the Cincinnati Bengals in the first half during Super Bowl LVI at SoFi Stadium on February 13, 2022 in Inglewood, Calif

The former New York Giant, Cleveland Brown and Los Angeles Ram had surgery on an injured ACL this offseason after injuring himself during the Super Bowl last year.

Beckham is presumably nearing the point where he could return to the field.

He visited his other two finalists, the Giants and the Buffalo Bills, last week.

On Monday, he'll spend most of the day at the Star in Frisco.

The team would love to see OBJ with a star on his helmet.

"Why should he come here? We winning. Look at us. Put yourself in this offense and just kind of envision it. We're distributing the ball very well and I'm sure as hell he would love it," said Cowboys top hideout CeeDee Lamb.

For Cowboys GM and owner Jerry Jones, Beckham is a match made in heaven.

OBJ has the star power that Jones loves and the ability to help the team.

"He would help open it up. That would give us more offense, so if his skills are skills that we come to associate with his name, if he's got some of that, that would help us," said Jones after Sunday night's game.

The Cowboys are the favorites to land Beckham. 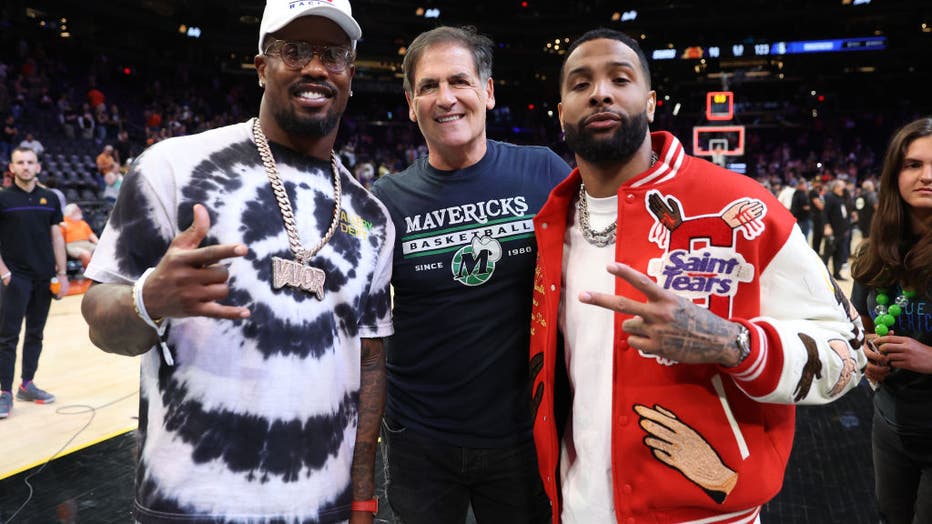 The Dallas front office will take OBJ to the Mavs-Suns game on Monday night in their attempt to wine and dine him.

Beckham sat courtside for the Mavs-Suns playoff series last year in support of the Suns.

Reports say Beckham is expected to make his decision in the middle of the week.