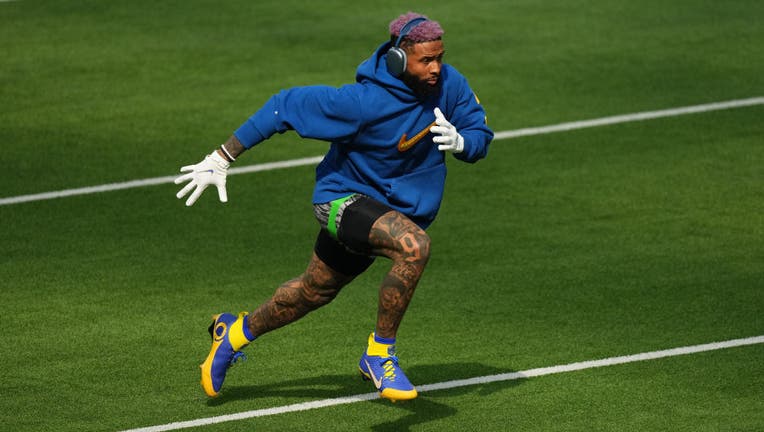 INGLEWOOD, CALIFORNIA - FEBRUARY 13: Odell Beckham Jr. #3 of the Los Angeles Rams warms up prior to the NFL Super Bowl LVI football game against the Cincinnati Bengals at SoFi Stadium on February 13, 2022 in Inglewood, California. (Photo by Cooper Ne

Beckham was removed from an American Airlines flight Sunday.

The flight crew was apparently concerned about his health when he was asked to put on a seatbelt.

Police said Beckham did not respond and was then escorted off the plane.

No charges were filed for what Beckham’s attorney called an overblown incident.

The Cowboys are reportedly a finalist to sign the three-time Pro Bowler.

The team said the incident has not given them any second thoughts.

"Really haven’t been involved in the conversations, but I know from personally… based off of my understanding, I think we’re moving full steam ahead," Coach Mike McCarthy said.

On his radio show, owner Jerry Jones said he still believes Beckham is a good fit for the team.

Beckham is set to meet with the Cowboys on Monday after meeting with the New York Giants and Buffalo Bills this week.

He is recovering from a torn knee ligament he suffered during Super Bowl LVI in February.