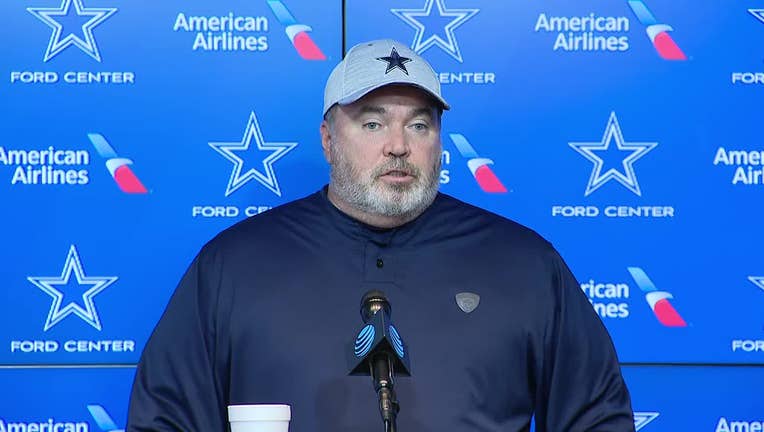 DALLAS - The Cowboys say they want to build some momentum for the playoffs in their final regular season game.

They can win the NFC East with a victory over the Commanders and a loss by the Eagles.

There’s also a chance for them to clinch the top seed in the NFC if a lot goes right.

Even though the Cowboys are already assured a playoff spot, Coach Mike McCarthy said his players are only focused on this next game.

"This is about winning. I mean, it's a division game. Division games are just very similar to playoff games. So, this will be a great contest for us, and it'll be a great challenge to make sure we're ready for the playoffs," he said.

The Cowboys will still be without linebacker Leighton Vander Esch for the regular season finale.

The team’s second-leading tackler will miss his third straight game. He suffered a neck injury in the Week 15 loss to Jacksonville.

Vander Esch is expected to be ready for the start of the playoffs.

The Cowboys’ game against the Commanders is on FOX 4.