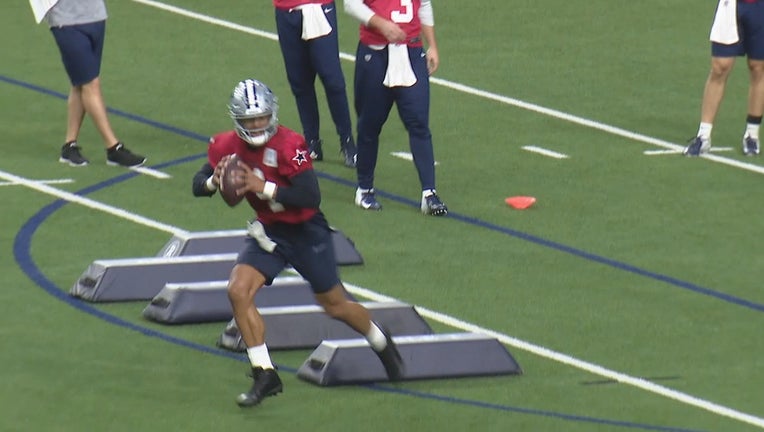 FRISCO, Texas - Dallas Cowboys quarterback Dak Prescott has been back on the practice field trying out his repaired ankle at The Star in Frisco.

It’s been seven months since Prescott broke and dislocated his ankle during a game.

He suffered the injury in Week 5 against the Giants last October. He then had surgery and spent months recovering with rehab and training.

Voluntary practices began this week at The Star in Frisco and Prescott took part Monday and Tuesday.

He said he’s trying to build up his endurance and is being cautious but feels ready to play in a game.

"Just to trust everything I’ve done and to myself that all the work that I’ve put in that the ankle is fine. That some of these movements are more of the psychological effect that me not being able to do them than my leg can’t do them," he said.

During the off-season, Prescott signed a four-year, $160 million contract with the Dallas Cowboys.

Before the injury, he was on pace to break the all-time single-season passing record.

He said he’s determined to get back on that same track.