The Dallas Cowboys hope to rebound from another disappointing season by making changes in the off-season. Mike Doocy has words of encouragement from quarterback Dak Prescott and an invitation to you.

Prescott made a stop at the restaurant's reopening and ribbon cutting in Las Colinas Monday. He accepted the donation from Walk-Ons Sports Bistreaux and its CEO.

FOX 4's Mike Doocy caught up with the quarterback, who talked about several topics ranging from the changing Cowboys roster to his recovery from shoulder surgery.

"This is the hardest part of the league to me, just watching teammates and watching friends and watching men that you've grown with over the past few years on the field and off the field leave. And that's the hard part just understanding that that's the business of this game. Obviously shared words with both of those guys and knowing how much they've impacted my career, how much they mean to me as people as players and excited for them. I'm excited for their next chapter. They'll do great things and I'm excited for this team. Obviously as you said signing Michael Gallup and the inquiries whether it be Washington, whether it be on the defensive side or what's to come. I'm just excited for the things that I can control. I'm going to continue to do that and do everything I can to make this team better and put us in the best position that we can for this off season and into training camp," Prescott said. 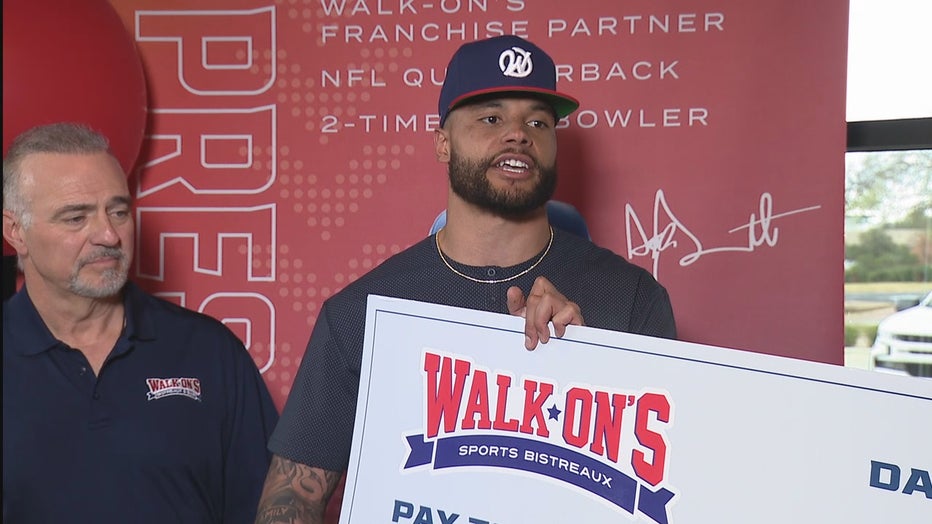