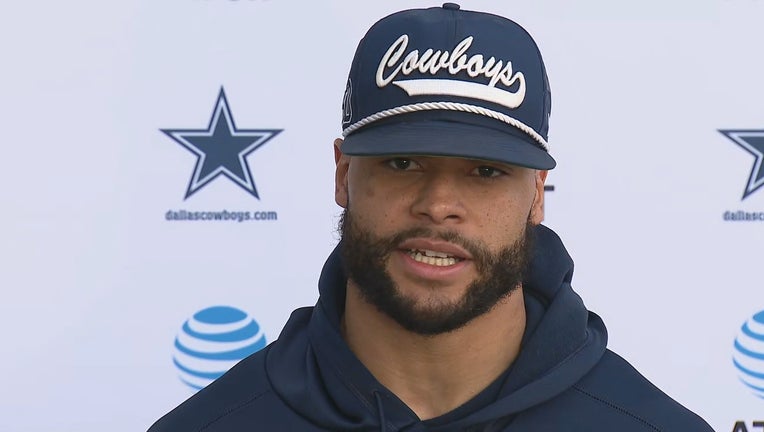 DALLAS - Dak Prescott admits he has struggled in the Cowboys’ past few games.

The Cowboys need him and other key players sharp for Sunday’s road game against the New York Giants.

Running back Tony Pollard returned to practice Thursday as he deals with a foot injury. And the team said Ezekiel Elliott’s knee is better.

Prescott will not call his recent struggles a slump.

"I do realize I'm not playing my best ball. I haven't been playing it. I've made some poor decisions I guess you could say, but uh, that's kinda part of it. I wouldn't say it's slump material but uh, definitely not up to my standards and expectations and when you play at a high level that's what you create. So uh, I'm glad people have the same expectations for my game that as I do for myself, so that's fine," he said.

Prescott said he knows what people are saying about his plays recently, but he has found ways to ignore it.

""I think you just consciously turn it off in a sense. Get rid of the social media. Tune some of those things out. Just make sure you're not putting people's opinions in your head that don't matter to just make sure you focus on your thoughts," he said.

He said he will use that criticism to fuel his determination in the last four games of the regular season.

"The worst thing we could do is overreact to the results and think it’s so important. We talk a lot about it and I know I do. You can’t just grade based off results, you know, because you can’t grade differently when you win versus when you don’t," added head coach Mike McCarthy.

The Cowboys play the New York Giants Sunday with kickoff at noon on FOX 4.