Dak, Cowboys unable to agree to long-term deal before deadline; will play under franchise tag

The Dallas Cowboys and quarterback Dak Prescott were not able to agree on a long-term contract before Wednesday’s 3 p.m. deadline.

DALLAS - The Dallas Cowboys and quarterback Dak Prescott were not able to agree on a long-term contract before Wednesday’s 3 p.m. deadline. So now, Dak will play under the one-year franchise tag, for just over $31 million this season.

The Cowboys reportedly had a five-year offer on the table, guaranteeing Dak more than $100 million.

Dak reportedly wanted four years, offering him a chance to get back onto the free agent market sooner.

NFL rules allow a team to put the franchise tag on an important player, and the Cowboys did it with Dak, so he gets big money, but just one year guaranteed, at $31.4 million.

Jerry and Stephen Jones have said repeatedly they feel Dak is their quarterback long-term.

In four years, he's been 40-24 as a starter, but just 1-2 in the playoffs, and the Cowboys missed the playoffs last season. 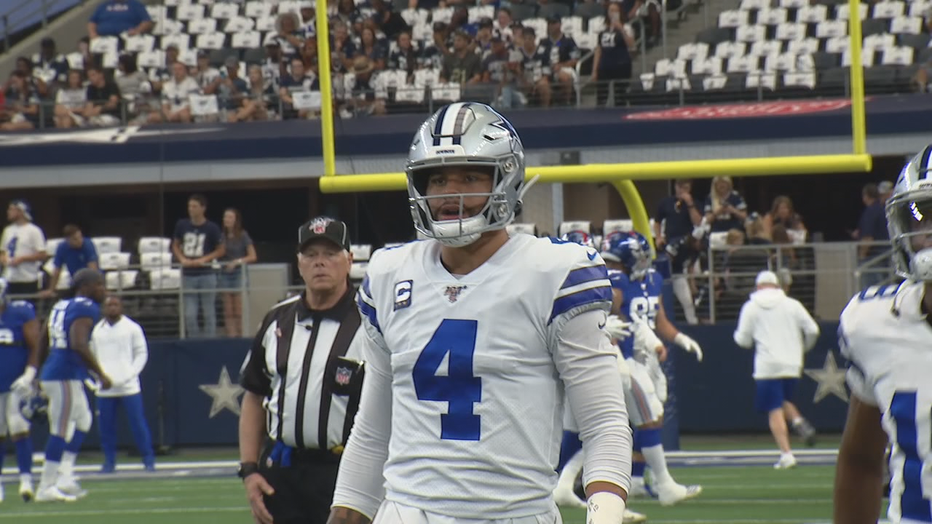 He's also been cheap. As a fourth round pick, he's earned just over $1 million a year, and he'll now earn 30 times that this coming season.

The two sides will have to renegotiate all over again next off season.

Dak is only the third quarterback ever to go under the franchise tag. Drew Brees in San Diego and Kirk Cousins in Washington were the others.

Those two eventually ended up with other teams.