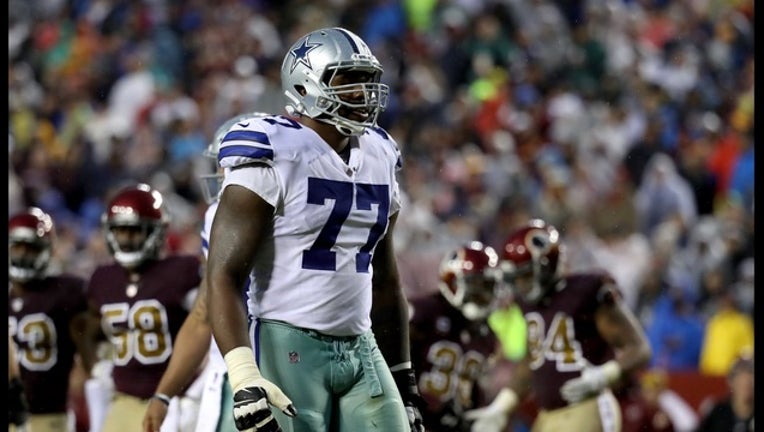 LANDOVER, MD - OCTOBER 29: Offensive tackle Tyron Smith of the Dallas Cowboys looks on against the Washington Redskins at FedEx Field on October 29, 2017 in Landover, Maryland. (Photo by Rob Carr/Getty Images)

Smith sprained his right knee in a win at Oakland two weeks ago and came out after one series in last week's loss to Seattle, which eliminated the Cowboys from playoff contention. Scandrick sustained small bone fractures in his back against Washington and missed three games.

It was a difficult season with injuries for Smith, who made his fifth straight Pro Bowl. He missed two games and sat out practice frequently while dealing with back, hip and groin issues.

After missing just one game in his first five years, Smith has been out all or most of seven games the past two years.

Defensive linemen David Irving (concussion) and Benson Mayowa (back and illness) were ruled out. Irving will miss his fourth straight game.