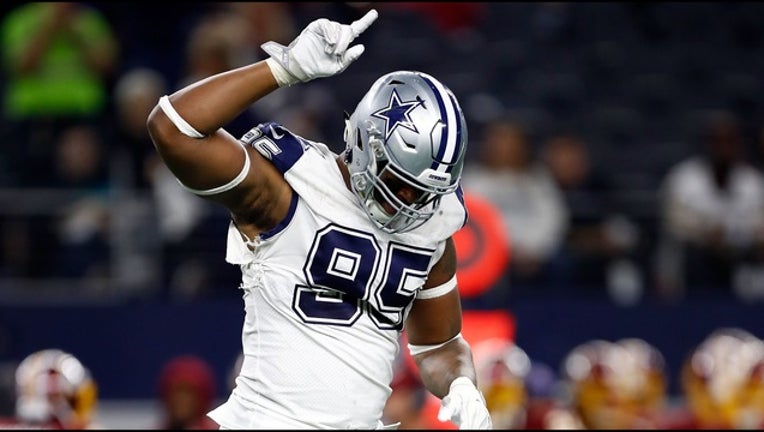 David Irving #95 of the Dallas Cowboys runs off the field after a 38-14 win over the Washington Redskins at AT&T Stadium on November 30, 2017 in Arlington, Texas. (Photo by Wesley Hitt/Getty Images)

The one-year offer on the opening day of free agency Wednesday means the Cowboys will get a second-round pick if another team signs Irving. Dallas can also match any offer.

Irving was suspended the first four games last season for violating the NFL's ban on performance enhancers and missed the last four with a concussion. In between, he had seven sacks in eight games, second on the team behind Pro Bowl selection DeMarcus Lawrence.

The Cowboys signed Irving off Kansas City's practice squad in 2015. The 24-year-old has 11 sacks over three seasons in Dallas.