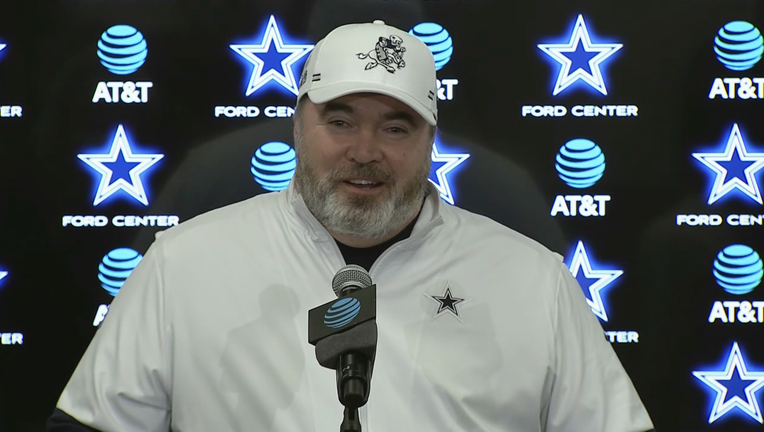 DALLAS - The Cowboys’ head coach has a lot of work to do before training camp but he said he’s glad there’s no uncertainty about the quarterback position.

The NFL Draft is about a month away and the team is already making other improvements to the roster.

McCarthy said he’s thrilled Dak Prescott will be happy and told reporters how he reacted when he heard the quarterback signed a $160 million deal.

"I was actually in Florida when the deal was finally completed. It’s a lot easier to do cartwheels on the sand, I’ll say that. Rich is having a hell of a visual about that right now. But, uh... I was obviously very excited. I think he’s the keystone to moving forward as a football team," he said.