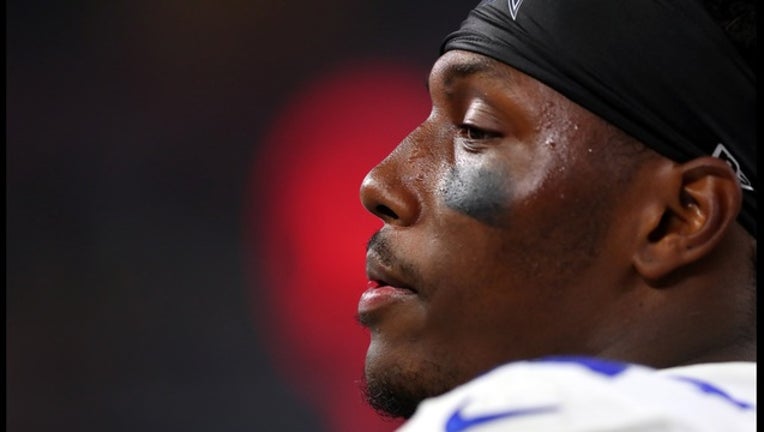 ARLINGTON, TX - AUGUST 19: Taco Charlton #97 of the Dallas Cowboys watches from the sidelines in a preseason game against the Indianapolis Colts at AT&T Stadium on August 19, 2017 in Arlington, Texas. (Photo by Tom Pennington/Getty Images)

Williams missed three straight games with a dislocated right thumb, while Crowder has been sidelined six games with an ankle injury and didn't practice all week.

Cowboys defensive end Taco Charlton will miss his third straight game with a shoulder injury. Defensive tackle Daniel Ross is available after two games with a calf injury. Ross was active for the first game at Philadelphia but didn't play when the injury came up before the game.

Redskins running back Chris Thompson had already been declared out for the sixth time in seven games because of a rib injury.