AUBREY, Texas - The college baseball coach killed in the helicopter crash with Kobe Bryant comes from a baseball family whose roots run deep in Texas.

John Altobelli played and coached at the University of Houston and many coaches and players around the state know him, his brothers and his father.

Jim Altobelli, who lives in Aubrey, learned about Kobe Bryant’s helicopter crash like everyone else. But then, he got a call from his younger brother saying that their middle brother, his wife and his daughter were also on board.

He admitted he’s still numb from the news that his 57-year-old brother, John Altobelli, his brother’s wife, Keri Altobelli, and their 13-year-old daughter, Alyssa Altobelli, were among the nine people killed in the helicopter crash.

John Altobelli started coaching at the University of Houston after playing there as an outfielder. The school honored him with a scoreboard tribute Monday. Just last year, he was named a 2019 National Coach of the Year.

John was being remembered Monday as the “Kobe of the junior college baseball world.”

But his older brother says his greatest accomplishment was being a family man. 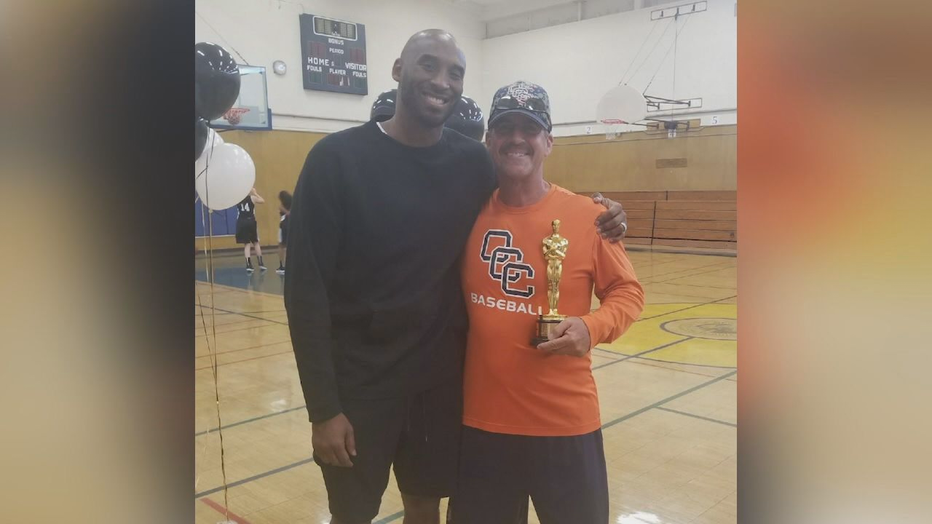 “They had the same morals and the same thoughts on coaching and family and they just kind of I think made a bond and became friends. They lived fairly close to each other. Kobe had a gigantic multi-million dollar home and my brother had a $1.2 million shack in California, but they had a lot of common goals for their kids and I think that’s how the bond started,” Jim said.

“She was a dynamic little athlete that was really getting very good at basketball,” Jim said.

They were all heading to the girls’ basketball tournament when they crashed.

“Doing what dads do. Going to watch their kids. Going to support them playing,” Jim said.

He said he’s now most concerned for the 16-year-old daughter the family leaves behind, as well as their 29-year-old son, who is also a baseball coach and soon to be married.

“I can’t even imagine what that poor girl is feeling right now,” Jim said. “Like I say, it comes in waves. When we start talking about it, it hits hard. We’ll miss him.”

Jim Altobelli and his family expects to travel to California next week for the funerals.