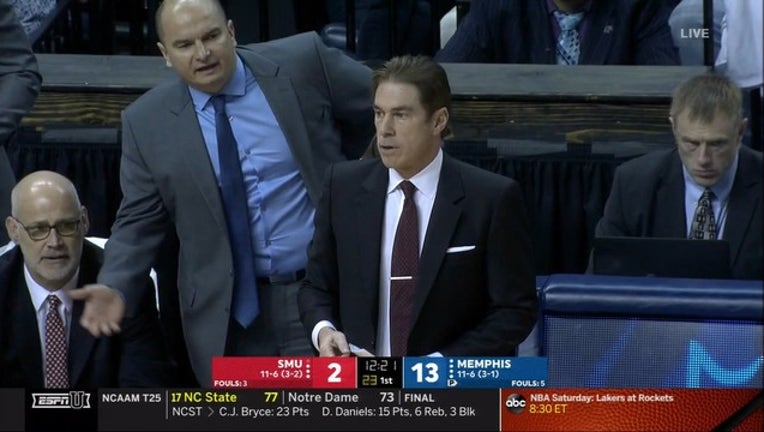 MEMPHIS, Tenn. (AP) - Kareem Brewton scored 20 points with a career-high six 3-pointers, Raynere Thornton had 11 points and a career-best 14 rebounds for his first double-double this season and Memphis rolled over SMU 83-61 on Saturday.

Brewton scored 15 points in the first half when Memphis (12-6, 4-1 American Athletic) took a 40-23 lead. The Tigers scored the game's first 13 points, including two Brewton 3-pointers, and led throughout.

Rebounding was a point of emphasis for the Tigers after being outrebounded by their three previous opponents who collected an average of 19 offensive boards. Against the Mustangs (11-7, 3-3), the Tigers had one more rebound, were even on the offensive glass (12) and had 12 more second-chance points while outscoring SMU 42-18 in the paint. They also made 10 steals and scored 24 points off 21 SMU turnovers in improving to 10-1 at home.