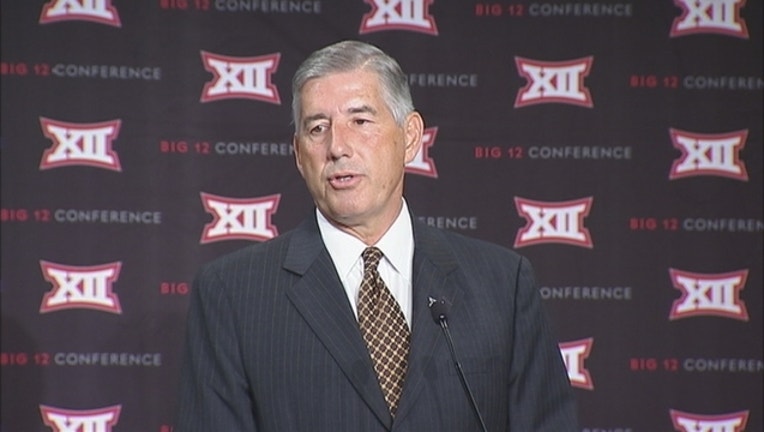 Big 12 Commissioner Bob Bowlsby says he expects the conference to mandate due diligence and include more than just violent acts in a new rule that will prohibit schools from accepting transfer athletes with past disciplinary issues.

Bowlsby told The Associated Press the structure of the policy being crafted will be similar to one implemented by the Southeastern Conference. The SEC prevents schools from accepting transfers who have been dismissed from another team for "serious misconduct," defined as sexual assault, domestic violence or other forms of sexual violence.

Bowlsby says he expects the Big 12 rule to "cast a broad net" and for schools to look into past discipline problems beyond violent acts.

He added that expects that decisions on transfers will be made by more than coaching staff personnel.