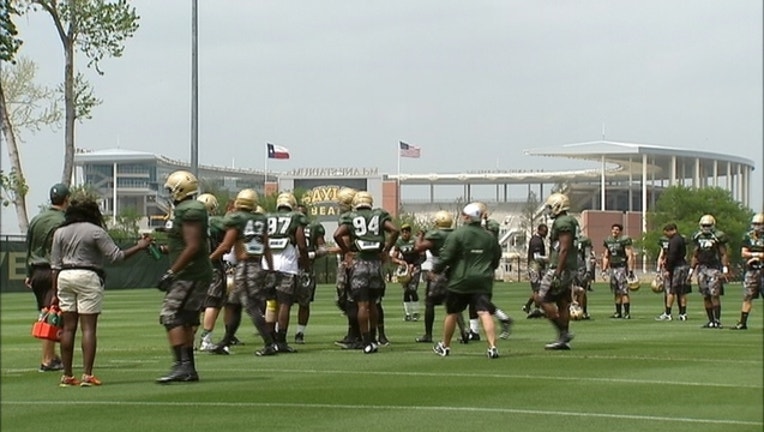 WACO, Texas (AP) — Baylor assistant football coaches will be off limits to the media this fall, a change that comes in the wake of a scandal that led to the departure of coach Art Briles while his staff remained intact.

An advisory sent Tuesday about football availability this season included a note that acting head coach Jim Grobe will be the only member of the coaching staff who will address the media.

While many schools already restrict media access to assistant coaches, Baylor assistants in the past were routinely available when requested.

None of the assistants has spoken publicly since Briles was immediately suspended with the release a scathing report on May 26, a month before he mutually agreed on his departure with the school.

All of his assistants remain at Baylor despite the report that concluded multiple football "coaches" acted inappropriately in handling sexual assault allegations against some players. The report didn't say when those occurred and didn't list any names.

Grobe was given authority to make changes, but retained all the Baylor assistants. They include Briles' son, Kendal, the Bears' offensive coordinator, and the former coach's son-in-law, Jeff Lebby, another offensive assistant.

A lawyer for a Baylor student who said she was hit and choked by a former Baylor player said earlier this summer that the woman exchanged text messages with Lebby about the incidents in 2014, and nothing was done other than to tell the player to stay away from her.