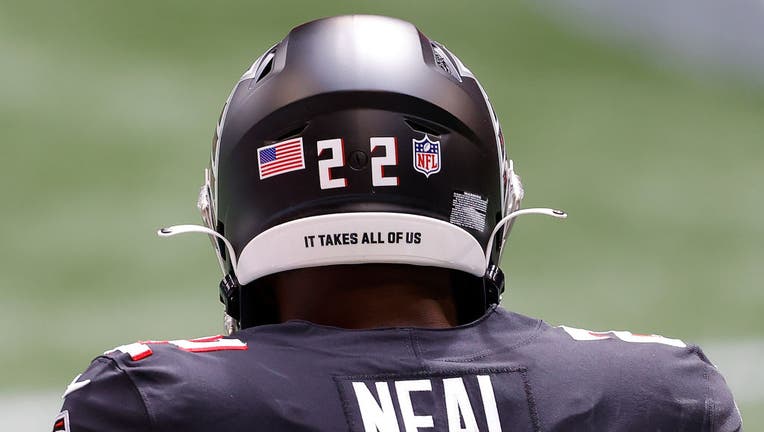 ATLANTA, GEORGIA - SEPTEMBER 13: Keanu Neal #22 of the Atlanta Falcons warms up prior to facing the Seattle Seahawks at Mercedes-Benz Stadium on September 13, 2020 in Atlanta, Georgia. (Photo by Kevin C. Cox/Getty Images)

Neal spent his first five seasons with the Falcons after getting drafted in the first round in 2016 when Quinn was coach. Quinn was fired last season and joined the Cowboys this offseason.

The person spoke to the AP on condition of anonymity because the deal, first reported by NFL Network, hasn't been announced by the team.

Neal missed most of 2018 with a torn ACL in his left knee and then was out almost all of 2019 after tearing his left Achilles tendon. The 25-year-old played 15 games last season.

The best season for Neal was 2017, when he made the Pro Bowl after 83 solo tackles and four tackles for loss, along with the first of his two career interceptions.

It's the third straight year the Cowboys have tried to get lower-cost help at safety in free agency. The past two — George Iloka in 2019 and Ha Ha Clinton-Dix last year — were released before the start of the season.

The addition of Neal comes after Dallas added three veteran defensive linemen earlier in the week. Two of them are former fourth-round picks in Carlos Watkins, who was with Houston, and Brent Urban, most recently with Chicago. Edge rusher Tarell Basham is headed to the Cowboys from the New York Jets.