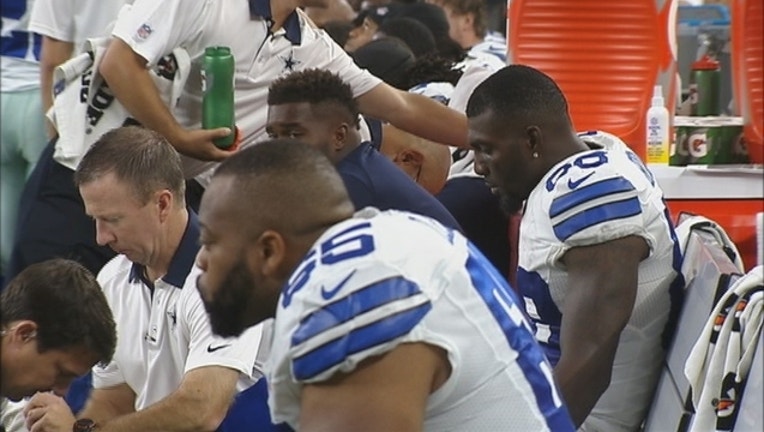 IRVING, Texas (AP) — A person with knowledge of the deal says the Dallas Cowboys have acquired receiver Brice Butler from Oakland for a conditional late-round draft pick after losing All-Pro Dez Bryant for at least a month with a broken right foot.

Butler was inactive for the Raiders' season-opening 33-13 loss to Cincinnati. A seventh-round pick in 2013, Butler had 30 catches for 383 yards in two seasons with Oakland. The person spoke Tuesday on condition of anonymity because the deal hasn't been announced.

Bryant, who missed all the preseason games with a hamstring injury after signing a five-year, $70 million contract, is expected to be out four to six weeks, possibly longer. He was injured early in the fourth quarter of a 27-26 win over the New York Giants in the opener.