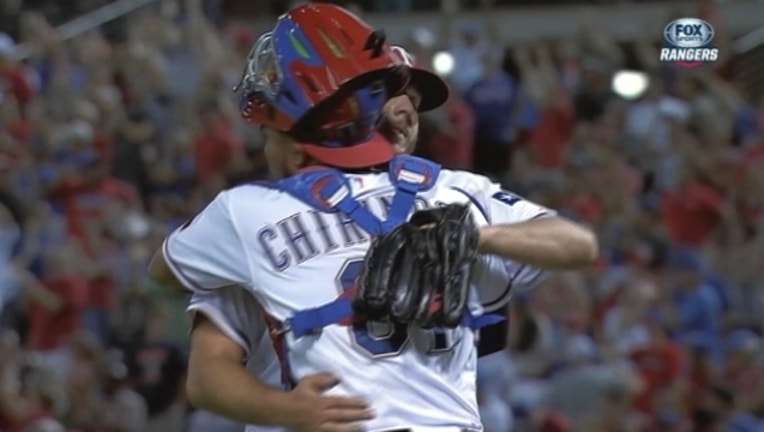 ARLINGTON, Texas (AP) — Cole Hamels won his sixth consecutive decision, overcoming a shaky start to strike out eight in six innings, and the AL West-leading Texas Rangers snapped a three-game skid with a 7-6 win over the Detroit Tigers on Tuesday night.

Texas started the night with a 1 1-2 game division lead over Houston and two games ahead of the Angels, who start a four-game series Thursday in Texas to end the regular season. The Astros were at Seattle and Los Angeles home against Oakland later Tuesday night.

Adrian Beltre had three hits and drove in two runs, including Shin-Soo Choo when they had consecutive doubles in the fourth to break a 6-all tie. Choo also had a two-run homer in the first.

Hamels is 6-1 in 11 starts since getting traded from Philadelphia at the end of July, and the Rangers have won his last nine starts after losing the first two.