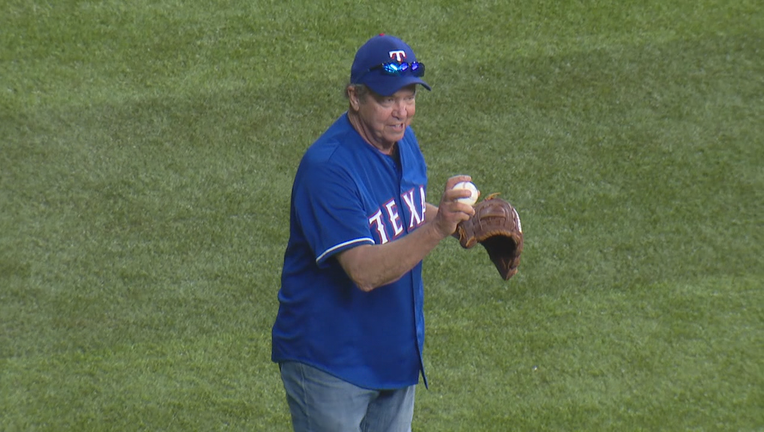 Frank Miller is 74 years old but still loves the game and recently went on social media to invite strangers to Dallas Park to play catch.

Lots of people showed up.

When the Rangers heard about it they invited him to play ball with the pros at Globe Life Field, along with the North Dallas High School team.

"It was a blast to throw on a field. I’ve never actually set foot on the turf of a Major League Baseball field. I’ve been in a lot of them but not down on the field. And to be able to throw but more importantly to watch these guys enjoy it the way they are was just a thrill to me. It was great and I want to thank the Rangers for their hospitality," he said.

Miller was also invited to throw out the first pitch at North Dallas High School’s first game in a few weeks.

He lives in that neighborhood.