Welcome to 4 to Watch, where each week we break down four of the biggest high school football games in DFW.

The second week of the playoffs has a number of intriguing matchups. 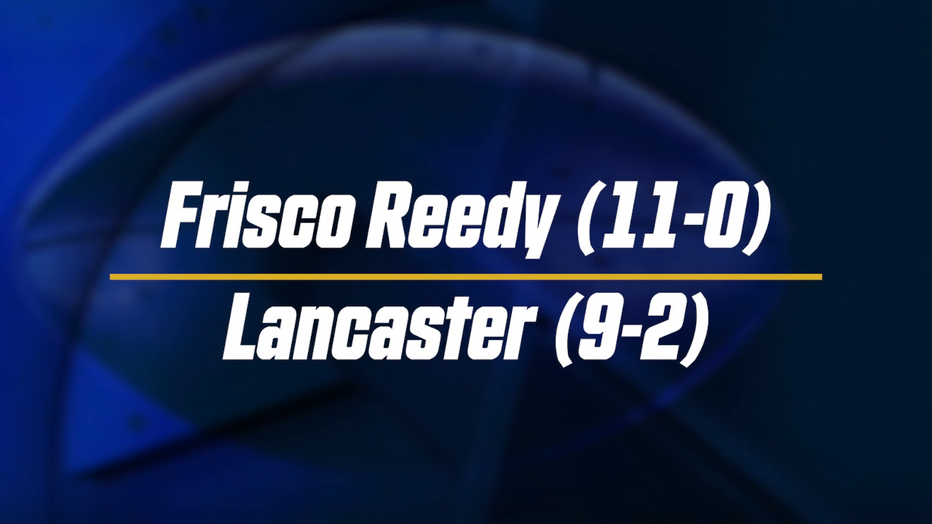 Our first game this week is Frisco Reedy facing off in the 5A, Division 1 bracket vs. Lancaster.

This game kicks off at 7:00 p.m. Friday night, at Irving's Ellis Stadium.

And FOX 4 will be there.

The Reedy Lions are undefeated, while the Lancaster Tigers are 9-and-2, but those two losses are to powerhouse teams, Denton Guyer and Longview.

Lancaster does have a win under its belt over defending champ, South Oak Cliff. 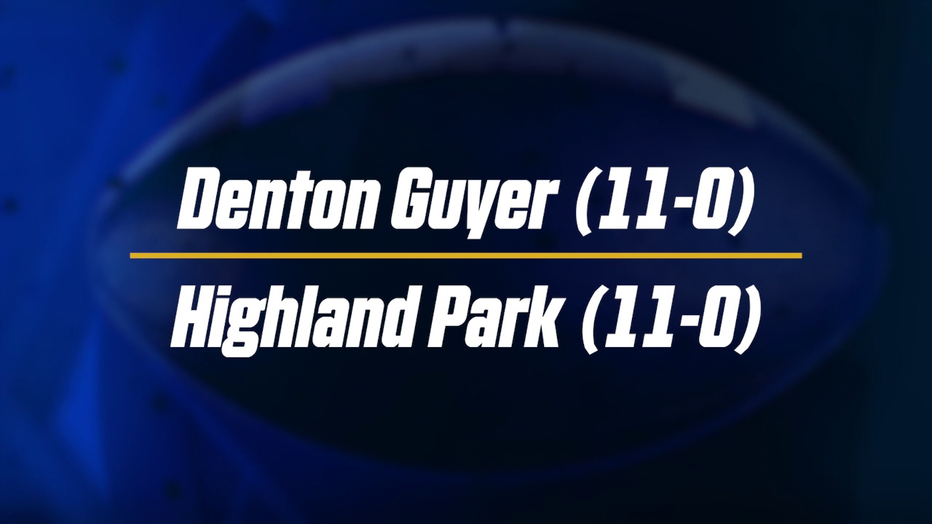 Game #2 should be a hot ticket when Denton Guyer takes on Highland Park. Both teams are unbeaten in 6A Division II.

Kickoff will be at 7 p.m. on Friday at The Star.

Highland Park is looking for its first state title in 6A.

The Fighting Scots bumped down from 6A to 5A after 2015, and then won state championships the next three seasons in a row.

Guyer is looking to finish the deal after final four appearances each of the last two seasons.

The Wildcats have as good a quarterback as any, in Oklahoma pledge Jackson Arnold.

The Scots will look to QB Brennar Storer, a Western Michigan pledge, to hang with Arnold Friday night. 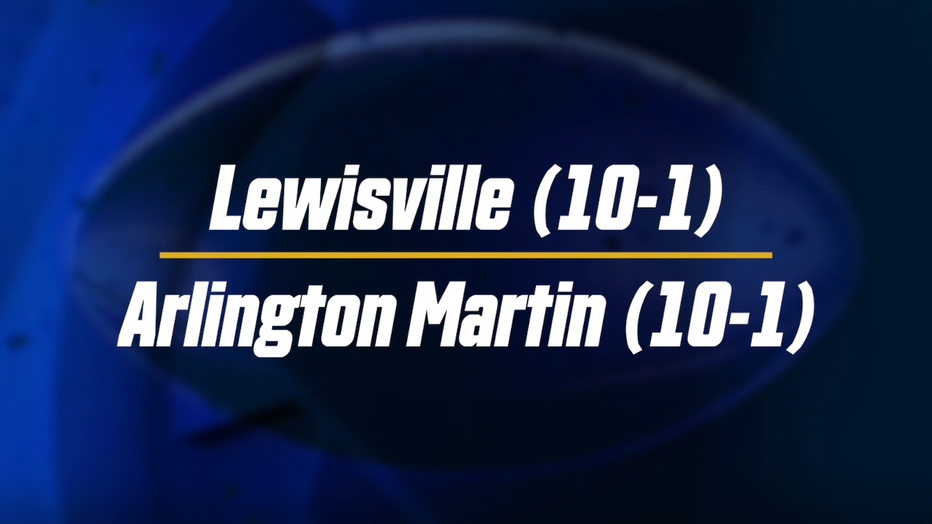 Game #3 will be in 6A, Division I, between and Lewisville vs. Arlington Martin.

In their last eight games, the Warriors have scored 10 touchdowns on special teams or defense.

On the other side, Lewisville is fresh off of eliminating the Allen Eagles in its playoff debut.

Quarterback Ethan Terrell ran for 164 yards and 4 touchdowns in that win.

There is history here, as these teams met in Round 2 of last fall's playoffs, with Lewisville prevailing 35-18. 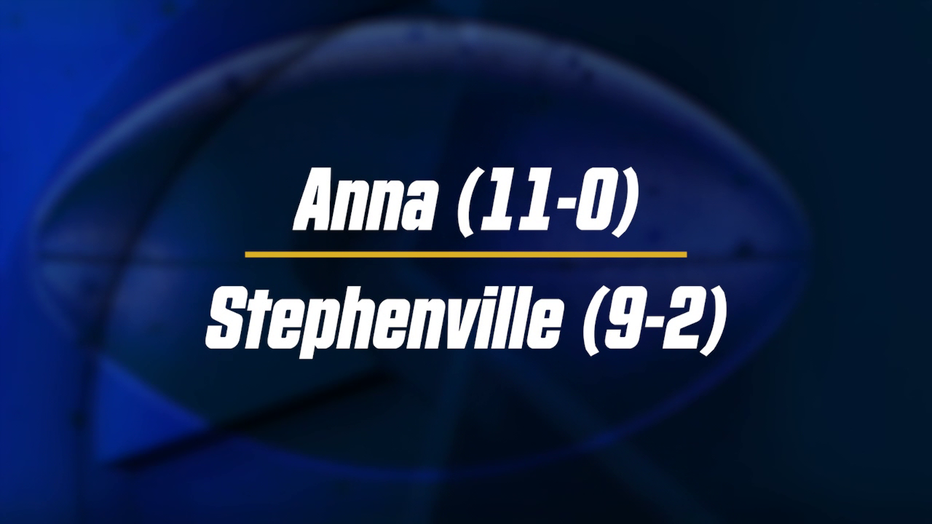 The undefeated Anna Coyotes will take on the 9-2 defending state champions, Stephenville.

It's a 7 p.m. kick at Midlothian ISD Stadium.

Although Stephenville hasn't gone undefeated the defending champs were without star QB Ryder Lambert for much of the year, but he's back now.

Anna's quarterback, Evan Bullock, who is a Louisiana Tech pledge, will try to move the Coyotes one step closer to their first state title.