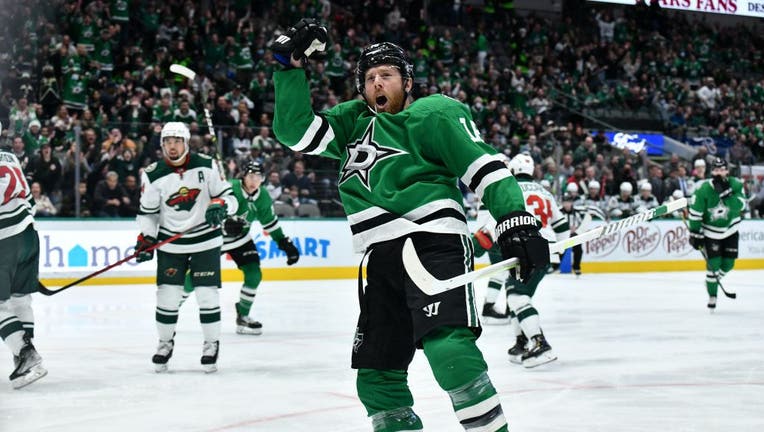 DALLAS, TX - DECEMBER 20: Joe Pavelski #16 of the Dallas Stars celebrates a goal against the Minnesota Wild at the American Airlines Center on December 20, 2021 in Dallas, Texas. (Photo by Glenn James/NHLI via Getty Images)

DALLAS - The Dallas Stars will be back on the ice Thursday for the first time in more than two weeks.

Ten players are back after being out under the NHL’s COVID-19 rules.

But team captain Jamie Benn and three coaching and staff members remain out.

The Stars will have six games that will need to be rescheduled.

They will host the Florida Panthers Thursday night at the Pittsburgh Penguins Saturday afternoon.