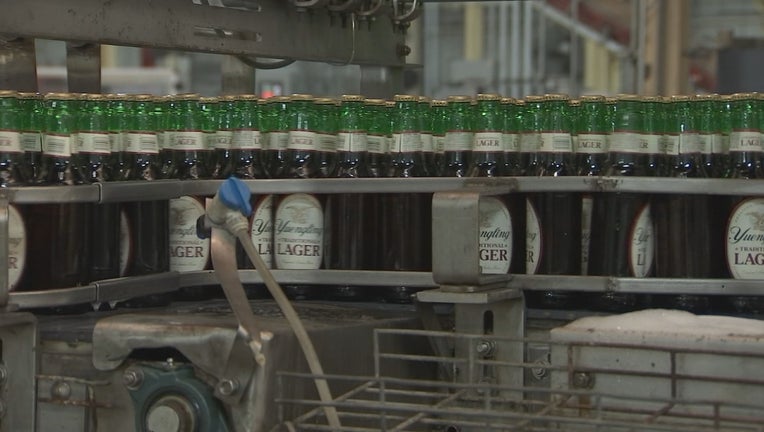 FORT WORTH, Texas - The wait is over for people who have lived in the east and yearn for the beer of their youth. Yuengling is here in Texas.

Yuengling’s arrival in Texas was celebrated Monday at the Fort Worth Stockyards.

The famous beer will not be brewed at the oldest brewery in America. It’s being made in Fort Worth. But it’s the same recipe used at the 192-year-old Yuengling brewery in Pennsylvania.

Yuengling is growing westward and chose the Fort Worth Coors brewery to anchor that expansion. It is currently in 22 states on the East Coast, and Texas is the first state in its "westward expansion."

The company’s most popular beers are now in stores and on tap in Texas.