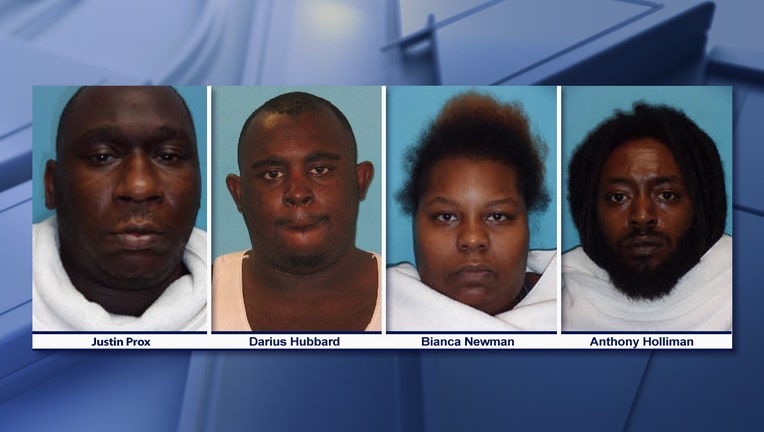 TERRELL, Texas - Fourteen years after two Pizza Hut employees were killed inside the restaurant where they worked, police in Terrell were able to get an indictment for four people accused of their murders.

Back on Sept. 3, 2006, just after 12:30 a.m., Patricia Oferoskey and Stephen Mitchelltree were found dead inside the Pizza Hut in Terrell where they worked.

Investigators found the former and current Pizza Hut employees planned and carried out a robbery that led to the deaths of Oferoskey and Mitchelltree.

All four suspects were arrested and charged with capital murder, but the district attorney later released them.

No details were given by police on why they were released.

Prox, Holliman, Newman, and Hubbard were all arrested again and charged with capital murder in the deaths of Oferoskey and Mitchelltree.