ARLINGTON, Texas - WrestleMania is coming back to North Texas this year – this time as a two-night event.

Wrestling fans will get the chance to watch WrestleMania 38 at the same location on April 2-3.

RELATED: WWE’s WrestleMania to return to AT&T Stadium in 2022 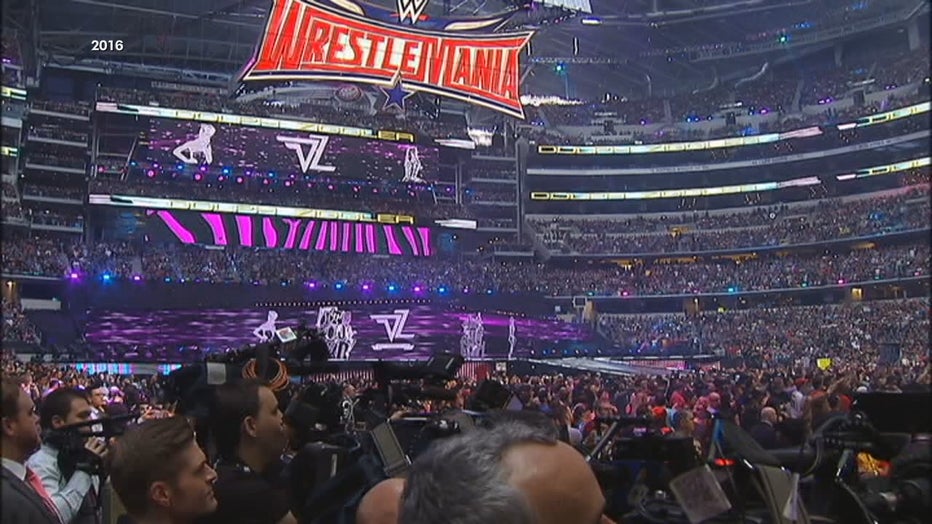 "I am beyond pumped. The last time we were at AT&T Stadium we went over 100,000 people. So we’re looking to break that record. I know everybody in Texas loves their wrestling, loves their WWE. We’re so excited to bring them back the spectacle that is WrestleMania," he said.