Wreaths Across America seeking donations, volunteers ahead of their event in December

Inflation is having an impact on non-profits who rely on donations, including Wreaths Across America, a charity that remembers and honors America’s fallen soldiers and veterans.

The sky-high inflation we've been dealing with for more than a year is having an impact on non-profits who rely on donations.

One of those impacted is Wreaths Across America, a charity that remembers and honors America’s fallen soldiers and veterans.

Ellen Fuller, the volunteer coordinator for Wreaths Across America, explained why the founder, Morril Worcester, decided to donate those first wreaths to the Arlington National Cemetery.

"As a 12-year-old boy, he had gone to the Arlington National Cemetery and thought how beautiful the white graves would look with green wreaths and red bows," she recalled.

Fuller said she got involved to honor her parents. Her dad served in the Navy during the Korea and Vietnam wars, while her mom took care of their five children on the home front.

"My parents are buried at Arlington, that is my why, I know what a difference it makes to surviving families," she added.

Fuller said Wreaths Across America has a very focused mission.

"The mission is to remember our fallen, honor those who have served, and our serving and their families, and teach the next generation the value of freedom," she said. 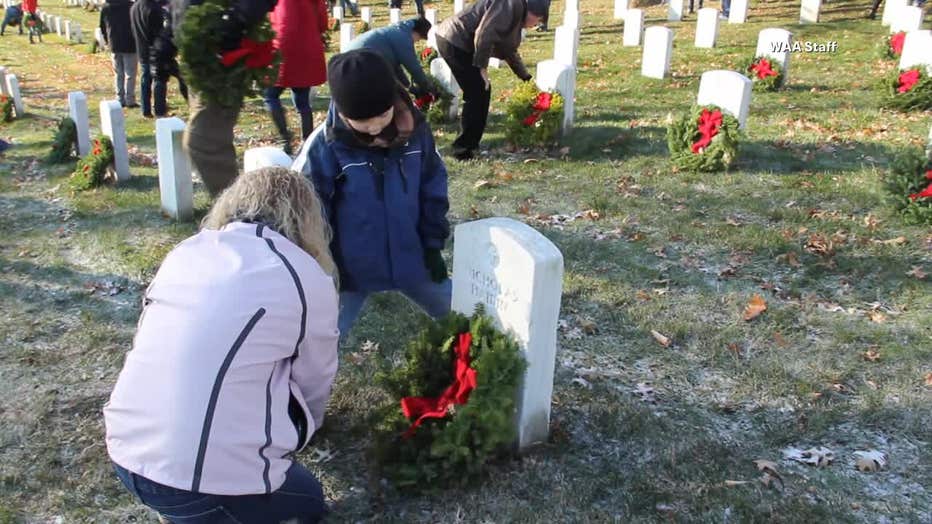 READ MORE: North Texans share their time to help others in need for Thanksgiving

Fuller said the wreath laying ceremonies honors living veterans, who see their service won't be forgotten, while also showing children the sacrifices made for freedom.

"There is a tag on all our wreaths that say, ‘Today I placed a wreath on the grave of an American hero. Go home, look that person up on the internet,’" Fuller added.

But this year, donations are down across the country and here in North Texas.

"I think part of it is the economy, choices with discretionary dollars," Fuller said. "Fifteen dollars may not seem like a lot, but it may be for some folks."

Even if you can't donate, Fuller said attending one of the ceremonies on Saturday, December 17, is free and they always need volunteers to help place wreaths.

"Come to one of our ceremonies," Fuller said. "It will make your Christmas, attitude of gratitude."