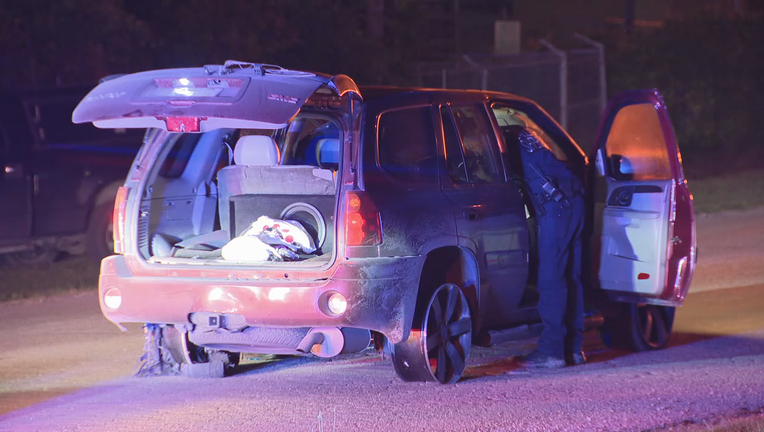 DALLAS - Dallas County Sheriff's Office deputies took a woman into custody who led them on a chase through parts of Dallas early Saturday morning.

The chase started when authorities said she refused to stop for a traffic stop near JJ Lemmon Avenue and I-20 in South Dallas at about 3:30 a.m.

At one point, the driver of a dark-colored SUV slowed down enough to allow a passenger to get out near the University of North Texas - Dallas.

Deputies eventually used spike strips to get the SUV stopped in West Dallas.

The woman has not yet been identified, and deputies didn’t announce what charges she will face.