Woman dies after being restrained by Dallas police

A woman died in Dallas police custody after being arrested for causing a disturbance. The circumstances surrounding her death are still under investigation.

DALLAS - Dallas police are investigating the death of a woman in their custody.

Police said they took Ladamonyon Hall into custody two weeks ago for causing a disturbance at a business in Far East Dallas.

They believed she was under the influence of drugs or alcohol and said they planned to conduct a mental health evaluation. 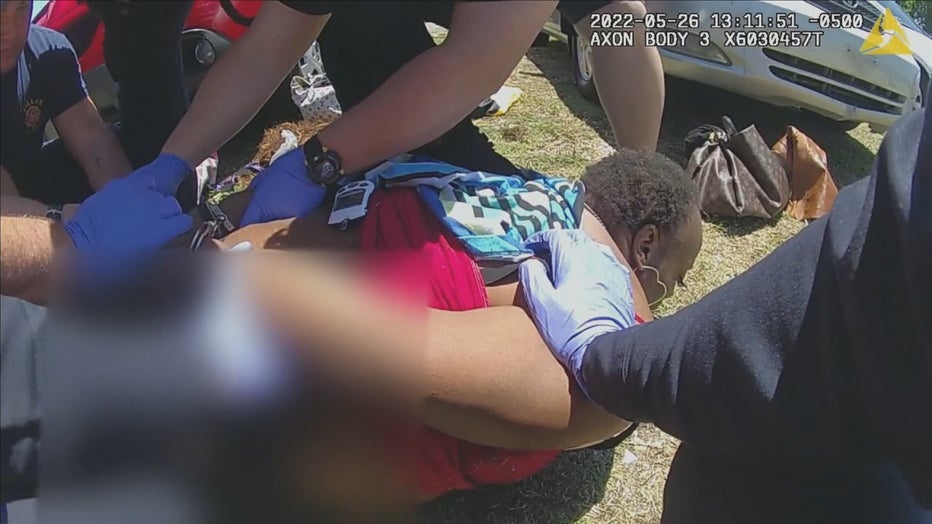 Body camera video shows officers and paramedics pinning Hall down and handcuffing her, then putting a spit hood over her head.

The 47-year-old became unresponsive inside an ambulance and was pronounced dead at the hospital.

Her cause of death has not yet been determined.