A 38-year-old Plano man will spend the rest of his life behind bars for a sucker punch that killed another man who just happened to be picking up a pizza for dinner at the same time.

PLANO, Texas - A 38-year-old Plano man will spend the rest of his life behind bars for a sucker punch that killed another man who just happened to be picking up a pizza for dinner at the same time.

According to the Collin County District Attorney’s Office, the deadly assault happened in July 2020.

The victim had stopped at the Little Caesars Pizza restaurant on Park Road in Plano after work, ordered a pizza and waited inside.

James Gutierrez and his fiancé arrived a few minutes later and also ordered a pizza but decided to wait in their car.

Prosecutors said surveillance video showed the victim later walk out the restaurant with a pizza in hand. He puts it down on the hood of his truck as Gutierrez calls him over. Without any warning, Gutierrez punches him in the head with a closed fist. 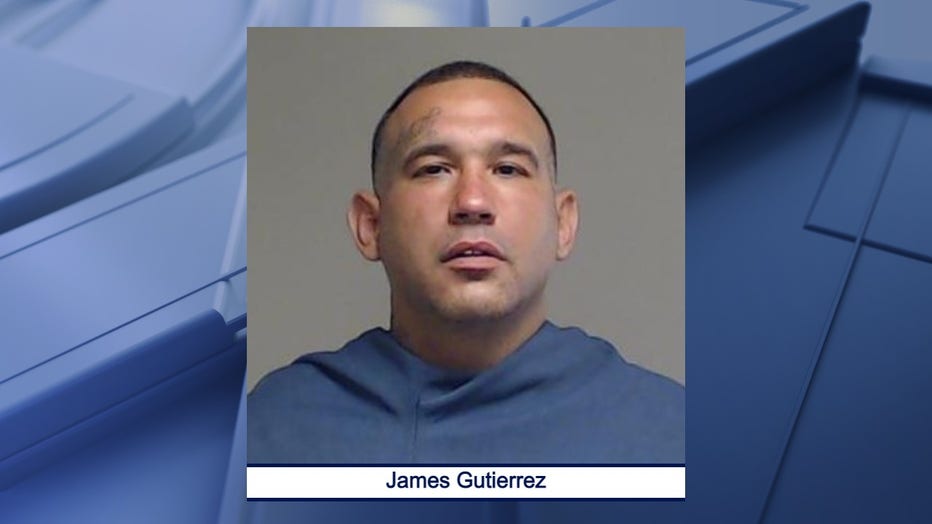 Witnesses told jurors the victim had no interaction with Gutierrez before the punch and appeared confused about why he was being called over. They said it happened so fast the victim didn’t even have a chance to defend himself.

"No one should ever be in fear of being assaulted by a stranger while picking up dinner on the way home from work, let alone suffer a fatal punch. While it can’t bring the deceased victim back to his family, the jury’s verdict of life in prison is the right answer for a long-term, violently dangerous man who preys upon unsuspecting people just trying to enjoy their lives," Collin County DA Greg Willis said after sentencing.

Jurors heard testimony about Gutierrez gang affiliation and past criminal history including sex offenses before deciding his punishment. He was also accusing of assaulting his fiancé while out on bond awaiting trial.