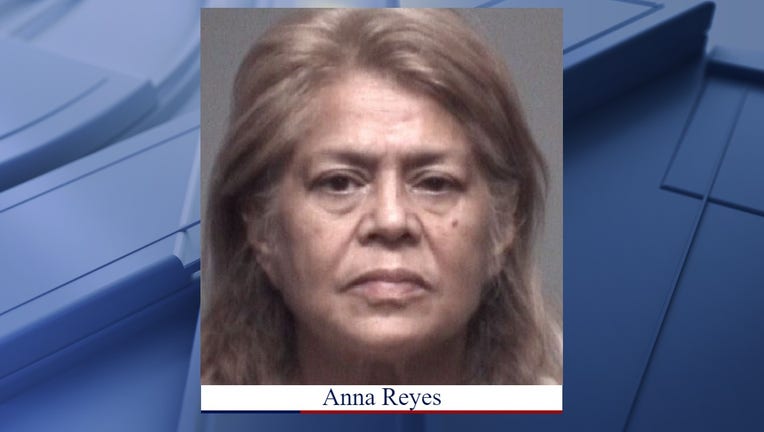 GRAND PRAIRIE, Texas - Grand Prairie police arrested a 61-year-old woman accused of killing a family member after hitting him with her vehicle.

It happened just before 12:45 a.m. Saturday, when police were called about an injured person in the 900 block of S. Great Southwest Parkway.

Officers found a male in a parking lot who appeared to have been struck by a vehicle. He was pronounced dead at the scene.

Investigators found that the victim, whose name has not yet been released, had been involved in a family dispute with Anna Reyes while they were in a vehicle.

According to police, Reyes let the victim out of the vehicle, and as he was walking, she later struck him with her vehicle.

Reyes was charged with murder.