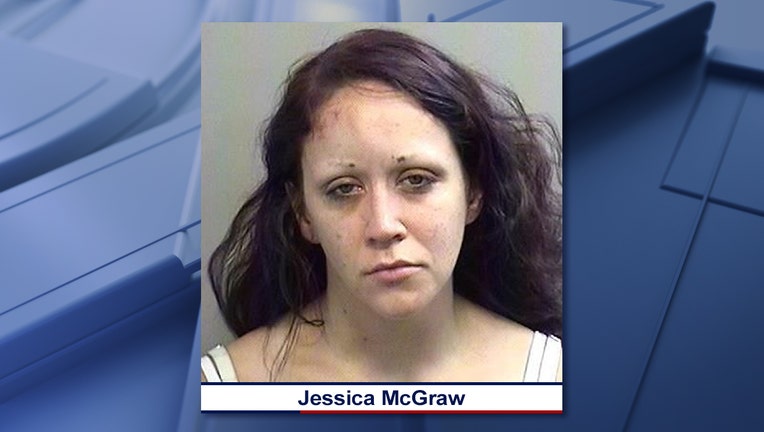 ARLINGTON, Texas - Police have arrested a 31-year-old woman accused of fleeing the scene of a fatal crash in Arlington Friday afternoon.

According to police, the wreck happened at about 3 p.m., when McGraw made a left turn into a parking lot and crossed in front of a pickup truck.

The truck hit her car, killing a man in his 40s who was sitting in McGraw’s passenger seat.

One other person sitting in the back seat was taken to the hospital with serious injuries.

Police said McGraw got out of the car and ran away, before police caught up to her.