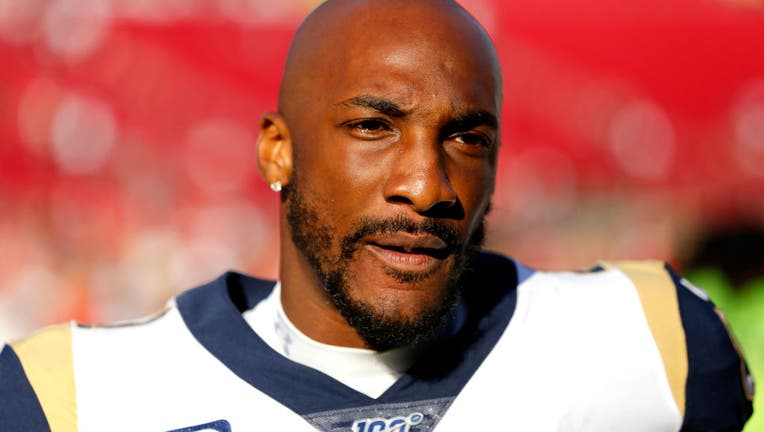 DALLAS - Witnesses claim a former NFL star started the fight that ended with a deadly shooting at a youth football game in southern Dallas County.

According to TMZ Sports, an opposing coach said that Aqib Talib ran across the field and confronted referees Saturday in Lancaster.

That coach and other witnesses said the game was called off because of the constant complaining and threats.

When that happened, Aqib reportedly swung at Coach Mike Hickmon and the two began fighting.

Two video clips obtained by TMZ show the confrontation between the coaches. Aqib is said to be the person wearing all black with a black hat and white shoes.

WARNING: This video contains graphic images that some people may find disturbing.

Yaqub surrendered to police on Monday and is now charged with murder.

"I think it’s going to be bedlam. There will be 50 people seeing 50 different things. I’ve talked to him, and I know what he saw," his attorney, Clark Birdsall told FOX 4. "There are going to be some overtones of defense. That’s why Talib wanted to surrender now and get his story out there."

Aqib, a former Denver Broncos cornerback, is not charged. His attorney denies the witness accounts of what happened.