Officer George Scott Monier's death will not be forgotten. People in his community of White Settlement remembered him 20 years later.

WHITE SETTLEMENT, Texas - On the 20th anniversary of his death, a White Settlement police officer was remembered by his department.

Cpt. George Scott Monier was killed while responding to a domestic disturbance call on April 24, 2002. He entered a home and was shot.

Despite being hurt, he returned fire and killed the shooter.

The gunman was found dead after an hours-long standoff.

Monier was taken to the hospital where he later died from his injuries. 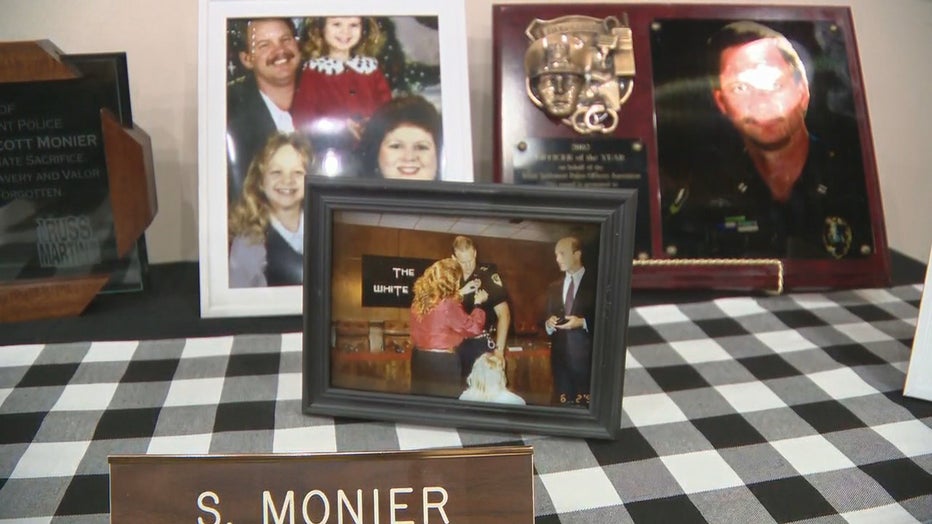 On Sunday, the White Settlement Police Department unveiled a new memorial in his honor.

"It's been 20 years, you know, since anybody's gotten to speak with him and interact with him. And yet in 20 years time, this many people can come together in this kind of setting and have so many stories to tell," added Lacy Monier, his daughter.

Cpt. Monier was an 11-year veteran of White Settlement PD.