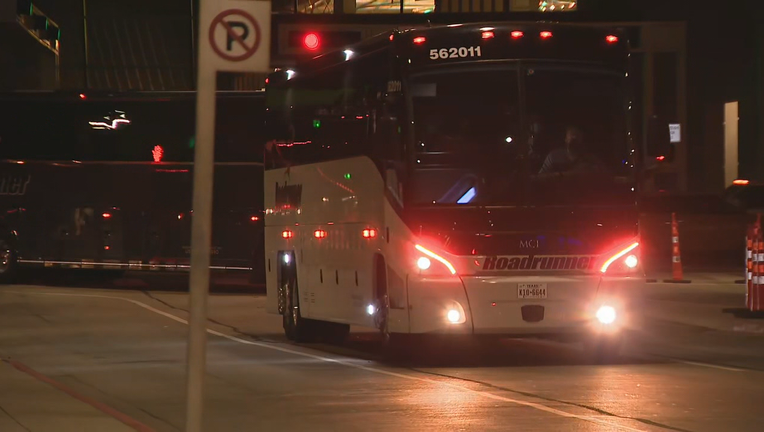 DALLAS - The White House is investigating reports of unaccompanied teenagers who were apprehended at the U.S./Mexico border being held in buses outside the Kay Bailey Hutchison Convention Center in Downtown Dallas for extended periods of time.

The Department of Health and Human Services has been housing teen boys, ages 15 to 17 years old, at the convention center since March 17.

Recent reports said that instead of being cared for inside, some of the boys were kept in buses outside the convention center.

Reporters asked the White House press secretary about it at this morning's briefing.

[REPORTER: "Can I get your reaction to this report about unaccompanied minors being held in parked buses overnight? there was one child reportedly held for four days before being reunited with his family."]

"The reports of children that you've referenced being held in buses outside of the HHS facility in Dallas for extended periods of time are outrageous. They're unacceptable. And they do not meet our standards for child care," White House Press Secretary Jen Psaki said. "It's being fully investigated how we got to this point, how this possibly happened. There's no excuse for this kind of treatment."

HHS Secretary Xavier Becerra added that they are also working to ensure this does not happen again.

HHHS is expected to close the Dallas site by early June.