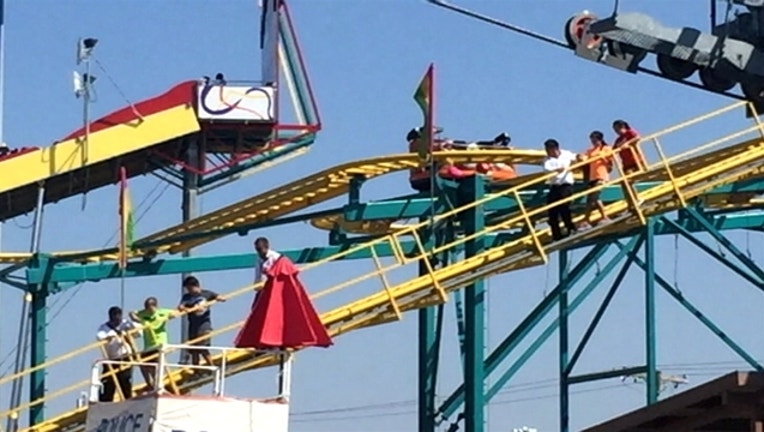 A ride on the Midway at the State Fair of Texas was shut down after a worker was injured on Monday.

A wheel fell off of the Crazy Mouse ride on Monday afternoon and hit a woman who was collecting tickets. The wheel hit the worker on her shoulder. She was taken to the hospital with non-life threatening injuries.

All of the passengers who were on the ride at the time walked down the stairway to safety.

The Crazy Mouse is a small roller coaster with spinning cars that each carry four riders.

“The ride was running and when a ride malfunctions. It does what it’s supposed to do, it shuts down,” said State Fair of Texas spokeswoman Karissa Condoianis.

Fair organizers say the rides go through safety testing every day and this one had just been tested.

It's unclear when the ride will reopen.