A mere three months after having been diagnosed with autism, Simon was diagnosed with B-cell acute lymphoblastic leukemia (ALL), the most common form of childhood cancer.

CLEVELAND - Simon McKenzie was a bubbly 2-year-old in June 2017, capable of counting to 20 and eager to sing nursery rhymes.

By September, Simon’s parents, Mark McKenzie and Autumn Ziemba, noticed that their son wasn’t the same vibrant, extroverted child. He rarely interacted with other children, and barely acknowledged his beloved grandparents when they arrived for his sister Maren’s 6th birthday party, causing one of his grandparents to make a crucial suggestion.

“I think you need to have him evaluated for autism,” Simon’s grandmother, a former kindergarten teacher, told McKenzie and Ziemba.

“Suddenly, it all made sense,” said Ziemba. “When we stepped back and looked, we realized how much Simon had changed.”

Ziemba and McKenzie took Simon to see his pediatrician and were then directed to a pediatric neurologist. Then came an examination at Cleveland Clinic Children’s Center for Autism, which confirmed what Simon’s grandmother had originally suspected – Simon was diagnosed with autism.

“It was devastating; immediately, the image you have of your child’s life has changed,” said Ziemba. “Every child on the (autism) spectrum is different, and you start wondering, ‘Will he be high-functioning or low-functioning? Will he be able to make friends? Get a job? What will be his quality of life?’”

Specialists at Cleveland Clinic began working with the family immediately to get Simon into speech, physical and occupational therapy, and in September 2018, he was enrolled in the infant/toddler program in the Lerner School for Autism, the center’s facility that focuses on teaching communication, play, socialization and developmentally appropriate skills.

Just as Simon and his family were settling into his new treatment plan, they were dealt another blow.

A mere three months after having been diagnosed with autism, Simon was diagnosed with B-cell acute lymphoblastic leukemia (ALL), the most common form of childhood cancer.

“I remember thinking, ‘This is so unfair; he was just diagnosed with autism,’” Ziemba recalled. “How can one little kid have to fight both of these? He wasn’t even 3 years old.”

Simon was immediately hospitalized and underwent two surgeries — the first for an emergency blood transfusion, and the second to insert a chemotherapy port. The next step of his treatment required intense rounds of chemotherapy, compounded by frequent temperature spikes and other conditions that left Simon virtually non-communicative. Simon ended up staying in the hospital for seven weeks.

Twenty-eight days after Simon was diagnosed with leukemia, his cancer went into remission. Simon continues taking daily and weekly chemotherapy pills, and even though he will need to continue with other forms of chemotherapy periodically for the next three years – he remains cancer-free. 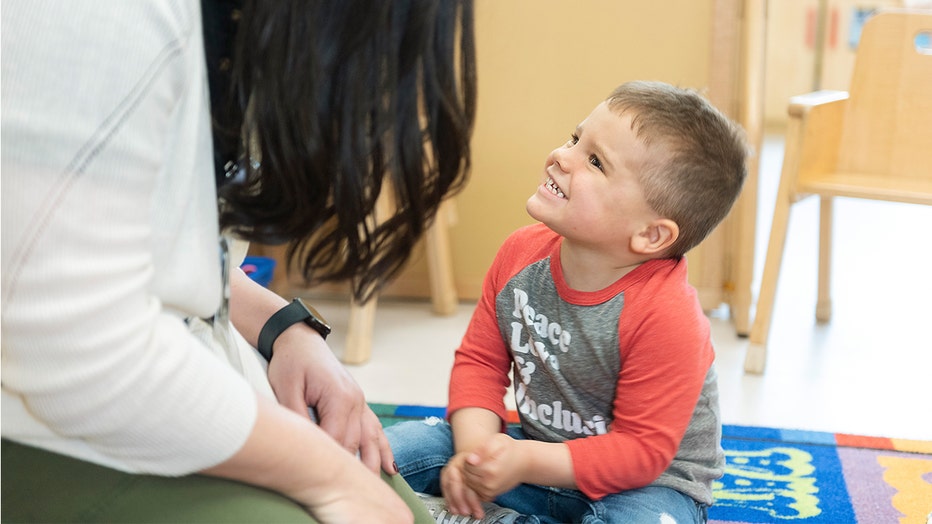 Simon, an Ohio preschooler, is thriving just two years after he was diagnosed with both autism and leukemia.

Simon is now 4 years old and is thriving in his autism therapies, which he participates in enthusiastically.

“He has come so far in just over a year,” said Ziemba. “The progress he’s made is astounding. We still have a long way to go, but we’re all just amazed by him.”

Ziemba said Simon has formed a close, loving bond with his sister, Maren, and is much more open and engaging with other children and family members.

“Our goal is for Simon to live his best life, and be his best self,” she said. “And every milestone he achieves is such a wonderful gift – one that he has worked so hard to make happen. We’re so proud of him – actually, pride doesn’t cover it – we’re just in awe.”