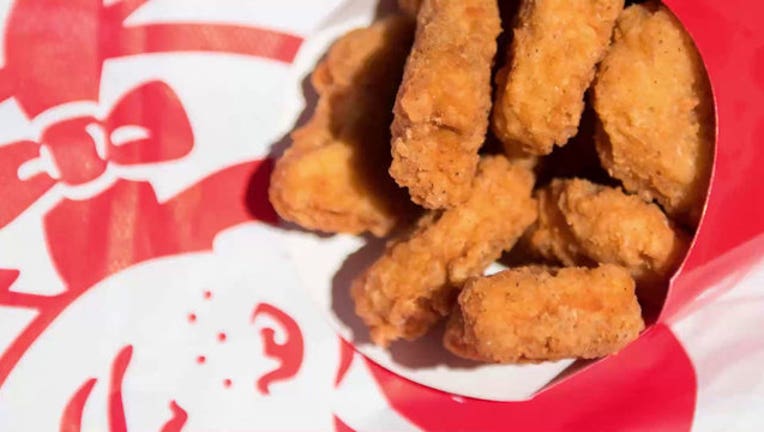 (FOX News) - In response to a request from itself, Wendy’s will be bringing back its spicy chicken nuggets a week ahead of schedule.

The fast-food chain announced on Thursday that its much-ballyhooed nuggets, which were originally taken off the menu in 2017, will return to “all restaurants” as of Monday, Aug. 12.

The news also came in response to a question Wendy’s itself posted on Twitter, asking – again – itself if the nuggets could somehow return to the menu sooner.

Fans celebrated the news in the comments, praising both the announcement and the chain itself.

Another tried to beat Wendy’s at its own game, asking if the nuggets could somehow be available even sooner than the 12th, but Wendy’s wasn’t about to make any promises.

Wendy’s originally announced the return of its spicy nuggets back in May, after Chance the Rapper tweeted about wanting the chain to bring them back. In response, Wendy’s promised to fulfill the request if one of their tweets was “liked” over 2 million times.

In just over a day, the goal was reached. The following month, the chain told fans to expect the nuggets to be back in restaurants on Aug. 19.