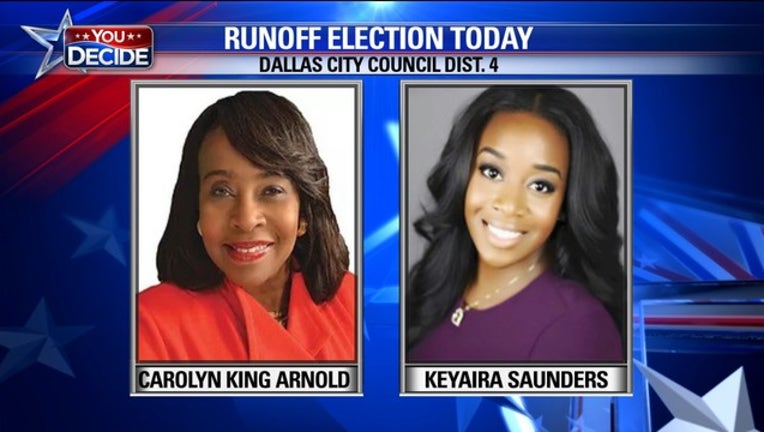 DALLAS - Voters will return to the polls Tuesday to fill a vacant seat on the Dallas City Council.

District 4 includes parts of East Oak Cliff. It was previously represented by Dwaine Caraway, who was forced out of office after pleading guilty to corruption charges.

A total of 13 candidates had hopes of replacing Caraway. Saunders and Arnold advanced to a runoff after the November election.

The polls are open until 7 p.m.